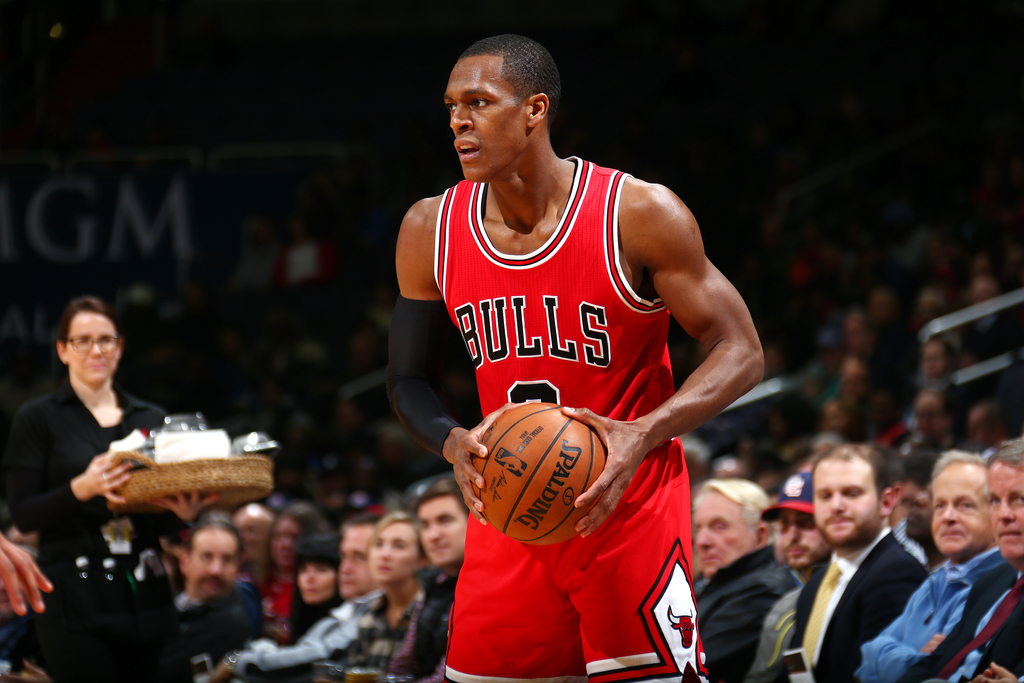 Rajon Rondo was last season’s NBA assists leader, this despite his claim that his teammates on a morbid Sacramento Kings squad were largely faceless nobodies.

Rondo hasn’t enjoyed his time in Chicago this season—he was tagged with five consecutive DNP-CDs from New Year’s Eve to Jan. 9.

There hasn’t been a whole lot of communication between the disgruntled veteran point guard and the Bulls’ front-office about his role and future with the franchise, but Rondo still believes he can play at an elite level.

Rondo says he was told by a staffer that he wouldn’t name that the team was taking him out of the starting lineup “to save me from myself.”

“It’s just, maybe, the personnel in this situation,” Rondo says in response. “I mean, last year — I hate to keep talking about last year — but you couldn’t name three people on my team, the Sacramento Kings, and I led the league in assists. You know? I don’t know. I believe so (that his skill set still has value), given the right personnel and the flow of the game.”