Rajon Rondo: ‘Dwyane Leads His Way. I Lead My Way’ 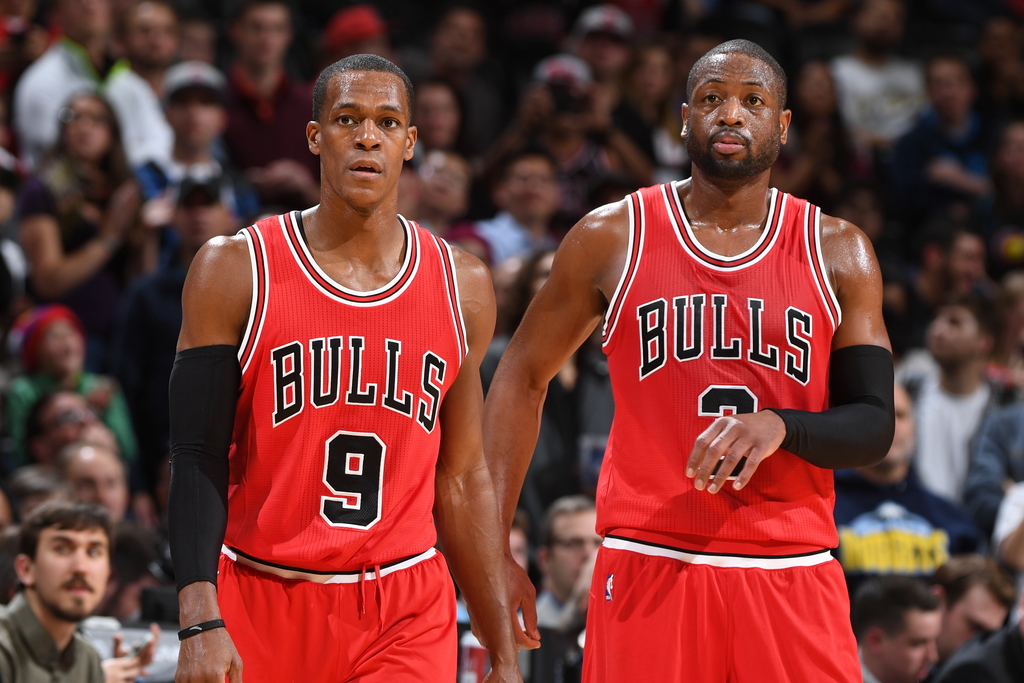 After Dwyane Wade and Jimmy Butler ripped their teammates, Rajon Rondo came to their defense by ripping Wade and Butler, and then everyone faced reporters Friday following what surely was an ultra-awkward team meeting to say that everything is just peachy in Chicago.

Wade says he’s not taking Rondo’s criticism as a personal attack; Rondo isn’t backing down; and Butler appears to be amused by the whole thing.

General manager Gar Forman rapped everyone on the knuckles for airing the Bulls’ dirty laundry.

Forman talked for 1:29, took no questions.

“Every team has issues,” Forman said, “and it’s our strong belief that when you have issues or critical comments that you keep those issues or critical comments in house, that it is not shared through (reporters), that it is not shared through social media. […] It’s not how we want to operate. It is totally unacceptable, and we made it very clear to the players that were involved that it’s unacceptable. It’s a distraction that’s not needed. I think it’s a detriment to team growth. We have visited with the players that spoke out at length and we have dealt with that internally. We’ve also visited with our team and we’ve talked about the issue with our entire team.”

“I’m a professional,” Wade said. “I have a professional relationship with anybody who I need to and I have to. I have no problem. I’ve been a big supporter with Rondo out in the public eye with what he’s been dealing with and being taken out of the starting lineup and how he’s handled it. I have no issues, no problems with Rondo at all.”

“Dwyane is who he is,” Rondo said. “His name speaks for itself. He’s done so many great things for this league and for the teams he’s played for. Dwyane leads his way. I lead my way. The young guys got to say what they wanted to say today, and that’s the biggest thing. We spoke as a team. A lot of guys that don’t have much to say or don’t have as big a voice, everyone had the same platform this morning and we got to talk it out.”