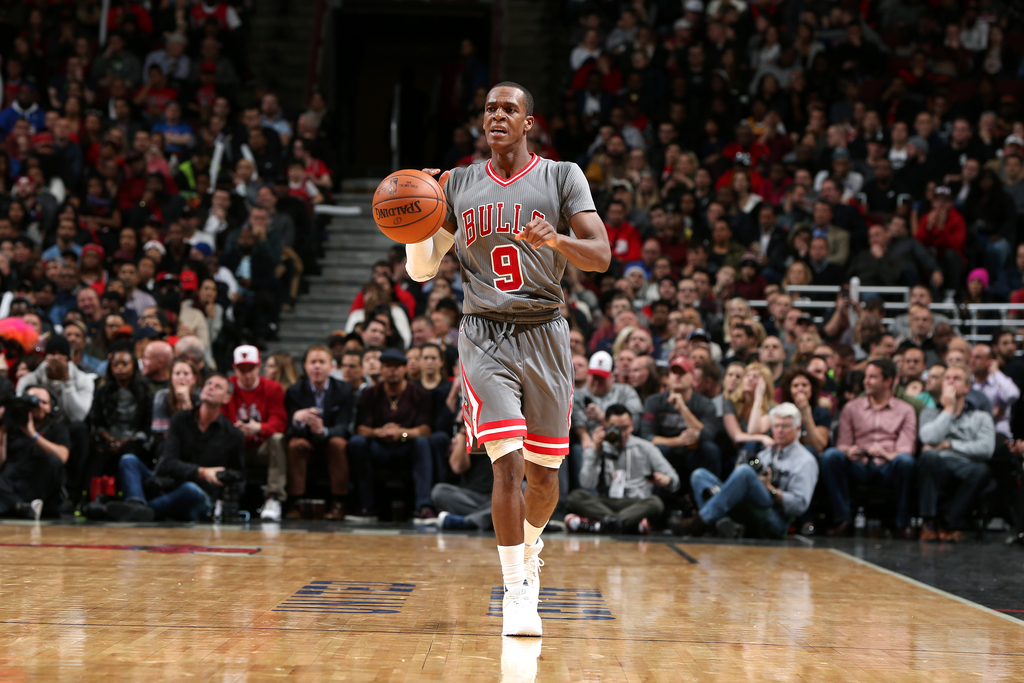 Rajon Rondo sat down with the powers that be in the Bulls’ front-office, but the veteran point guard’s future in Chicago remains under a very dark cloud.

Rondo, 30, says nothing about his situation was cleared up during the meeting with Bulls execs Gar Forman and John Paxson.

Rondo says he didn't get a "clear cut message" from Gar/Pax about his role on the Bulls or future on the team. https://t.co/U1vk8rsxlh

Rondo has been glued to the bench since the second half of a Dec. 30 loss to the Indiana Pacers :

Rondo said after a Dec. 31 loss to the Milwaukee Bucks that he would “absolutely” look to move on from the Bulls if he wasn’t playing, but when asked Wednesday if Forman and Paxson were open to helping him find another team to play for, Rondo did not get into specifics.

Bulls head coach Fred Hoiberg has been noncommittal about using Rondo off the bench since Rondo’s demotion, repeatedly saying “we’ll see,” when the possibility is discussed. Rondo used the same terminology when asked if he would be open to coming off the bench. […] “We’ll see,” Rondo said. “We’ll see. I just want to work on my game and continue to get better.”