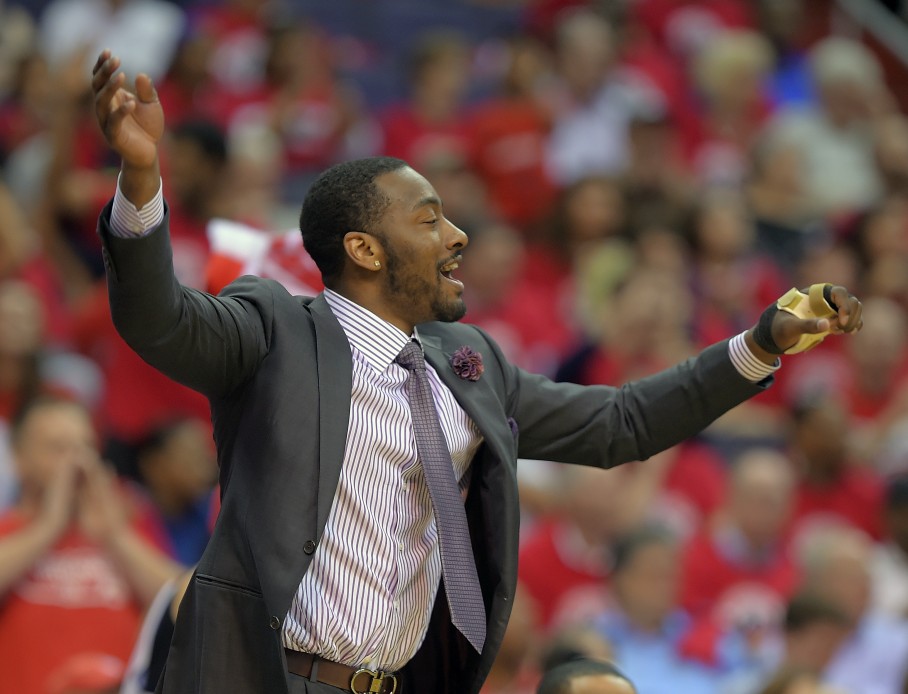 The Washington Wizards continue to hold out hope for All-Star point guard John Wall to return to action this postseason despite five non-displaced fractures in his left wrist and hand.

The devastating hand injuries, a source of consternation for Wittman and the rest of the Wizards, have kept Wall off the floor since Game 1 of their series against the Atlanta Hawks.

Washington has a 2-1 series lead heading into Game 4 Monday night, and Wall hopes to be able to dribble a basketball in the coming days.

“It’s headed in the right direction,” Wittman said. “Again, we’re not to the point of him doing anything on the floor yet of that nature. But it’s heading to a situation where hopefully he can get a ball in his hand and see how that feels and you just take those steps like that.” […] “That’s the number one thing,” Wittman said of the swelling. “Before we move anywhere else, before he does anything down there with a ball, he’s got to get that out of there. There’s no sense in trying to do anything with the ball while it’s swollen.”

“Guys, I spoke with a Wizards executive earlier today, and while it’s not official, I was given the impression that it’s highly unlikely John Wall returns for this series, or even the postseason,” ESPN reporter Chris Broussard said prior to Game 3. “They told me they are looking 10 years down the road, not the next game, not even the next series. If there’s any chance of him further injuring himself, they will hold him out.”

“Have you tried to dribble the basketball yet, because I know that’s a prerequisite to you returning?” Broussard asked. […] “Not yet, you know,” Wall said. “Just trying to keep the swelling down. The pain’s still there a little bit, but [I’m] just taking it day by day, and hopefully the next two or three days I can be able to try to dribble.”