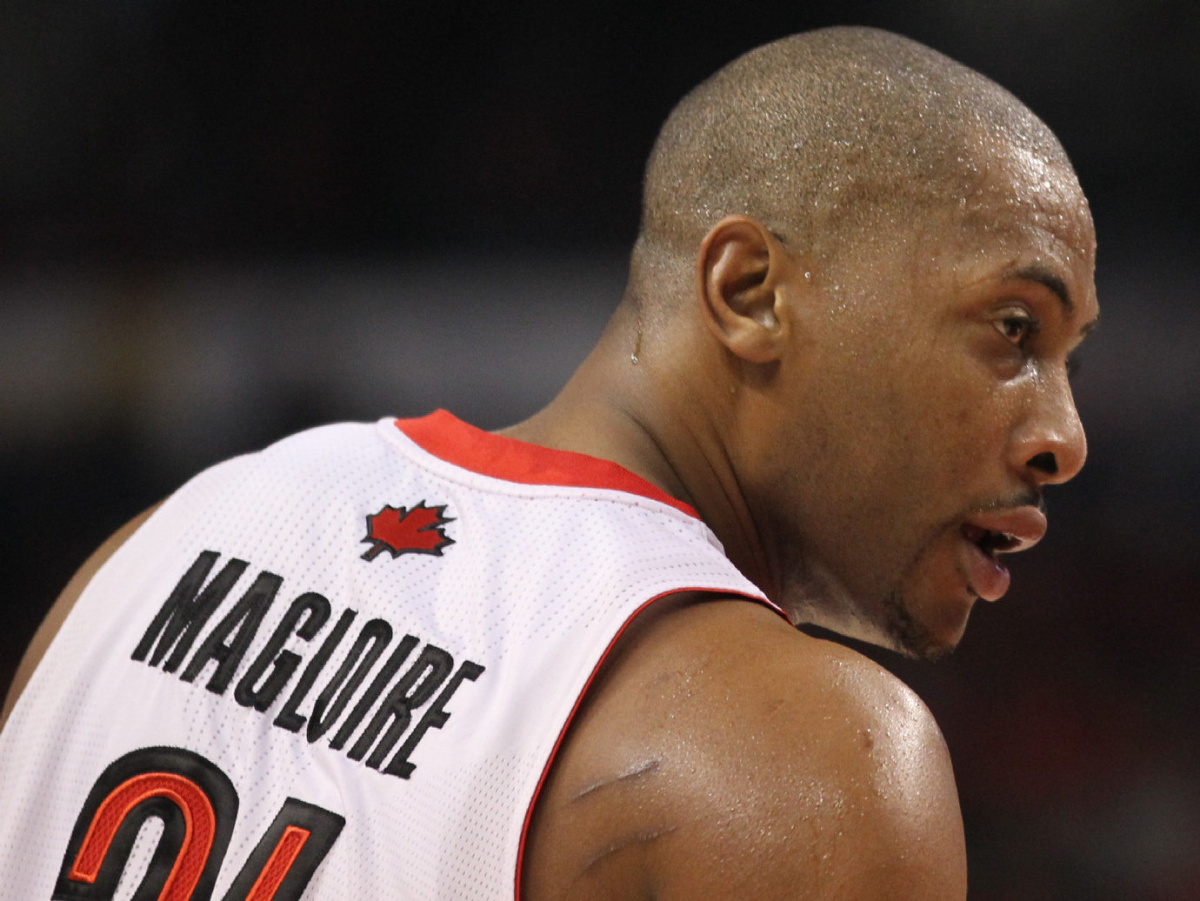 The Toronto Raptors suffered a humiliating 116-78 defeat Wednesday night in Game 5 of the Eastern Conference Finals, and the Cleveland Cavaliers had some a bit of extra motivation after hearing some chirping from Jamaal Magloire of all people.

The 38-year-old former center—officially listed as as a Basketball Development Consultant/Community Ambassador for the Raps—was apparently making light of Dahntay Jones’ groin punch of Bismack Biyombo that resulted in a one-game suspension.

Neverthless, Cleveland was extremely confident heading into the matchup.

Per the NEOMG and ESPN:

During pregame individual shooting, Jamaal Magloire, Raptors assistant coach/team consultant, started cracking jokes in the direction of the Cavaliers about hitting below the belt. It was supposedly intended as a lighthearted shot at Dahntay Jones’ low-blow punch of Bismack Biyombo at the end of Game 3. […] However, a few members of the Cavaliers didn’t find him to be funny at all. It was viewed by a few who witnessed it as the retired player trying to filled the void of being the Raptors’ enforcer from behind the bench.

“I’ve been a part of some really adverse situations,” (LeBron) James said after putting up 23 points, eight assists, six rebounds and two steals, “and I just didn’t believe that this was one of them.”

James, speaking to reporters from the postgame podium, was responding to a question about him saying he had a “sense of calmness” at shootaround earlier that day. […] “It’s just been very calm about the whole situation, understanding that our guys knew what we did and what we didn’t accomplish in Toronto,” he said. “I’m not taking away from the fact how big of a game this was, because it is — it’s a Game 5 on our home floor and the series [was] tied 2-2. But from the very moment that we lost Game 4, I was just very calm about the whole situation, seeing the good that we can prepare and get better for Game 5, instead of looking at all the bad that we did. Just mentally, just having these guys focus, and they answered the call.”