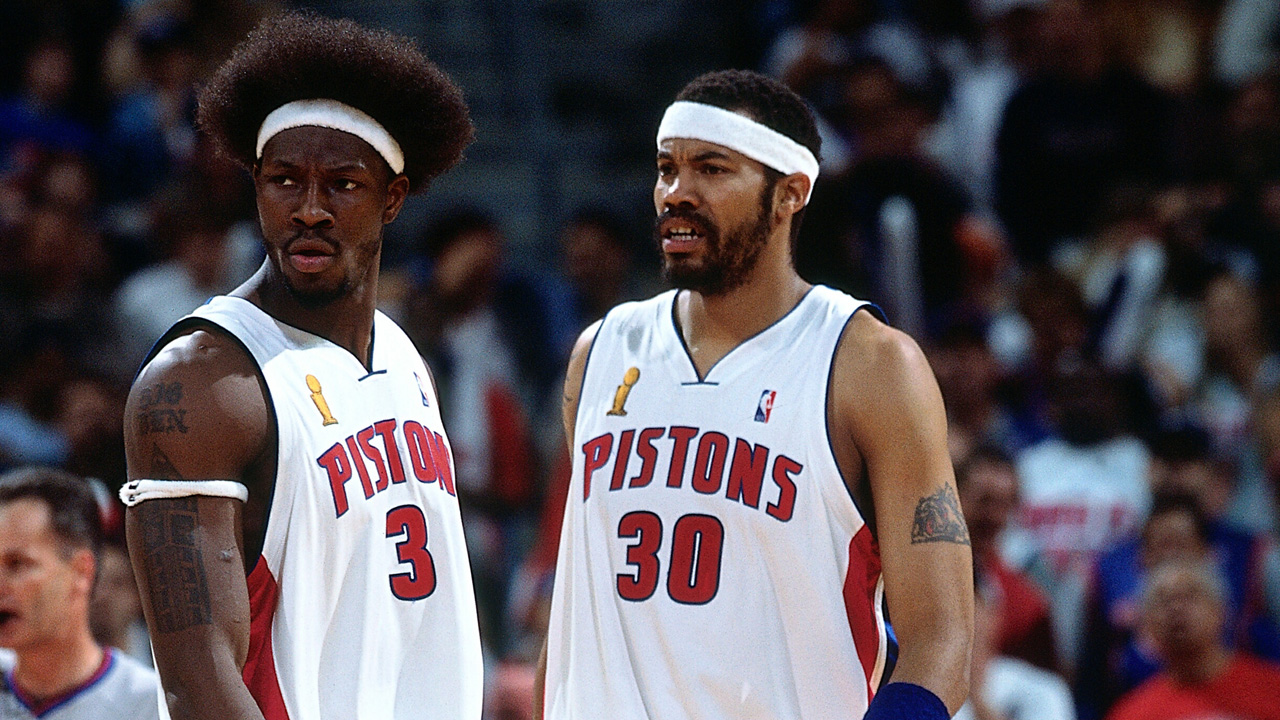 Add Rasheed Wallace to the growing list of former NBA champions who think their team would dominate the Warriors in a seven-game series.

Wallace says his 2004 Pistons would be able to defensively “lock down” Golden State.

Sheed was a recent guest on the Timeout with Taylor Rooks podcast (starting at 15:00):

Do you see any comparisons between the 2004 Pistons and teams today?

Sheed: “Oh, we’d run through them. Not even close. We play defense.”

Mike Brown compared the defense of today’s Warriors and that Pistons team. Do you agree?

Sheed: “I’d agree to a certain point. But I think the Warriors’ defensive strategy is, I’ma put up more shots than you. And if you try to match that, then you assed out because they got exceptional shooters.

“So that’s their whole defensive thing. I don’t call it good defense if the man came down and he shot a jump shot or shot a three and missed it, and the Warriors went back down to the other end and scored it.

“That’s not good defense, and that’s what happens a lot in this game now. They’re not shutting nobody down. Even though you can’t shut a scorer down—you can slow him down.

“With the way that we played in Detroit, we’d lock [players] down. The things that we did in Detroit will never be done again.

“Our record of holding seven teams under 70 points will never be done again.”

The 2004 Pistons were arguably the best defensive team in the modern era of NBA basketball.

But as they say, good offense beats good defense. Would the Pistons have stood a chance? Let us know in the comments.