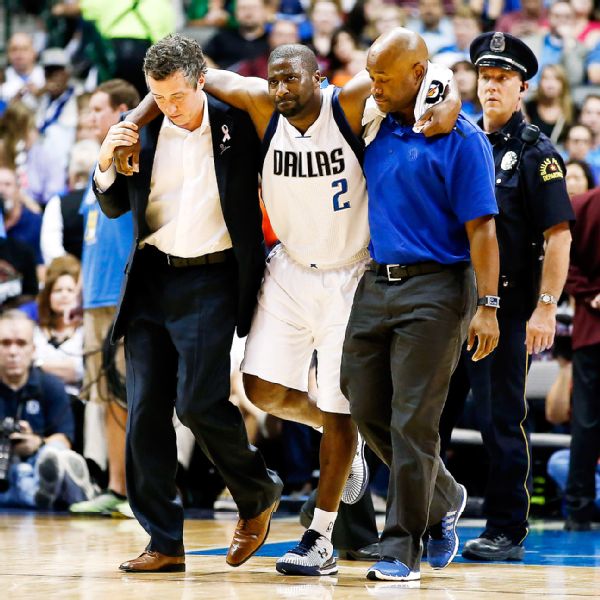 Mavs backup point guard Raymond Felton will miss at least 10 days with a high ankle sprain, which means he’s likely out the rest of the preseason and should be good for the start of the regular season. Per Mavs.com:

However, while still awaiting the return of starting shooting guard Monta Ellis from a sprained left knee injury, the Mavs will also be without reserve guard Raymond Felton for the foreseeable future after he sustained a high right ankle sprain during the third quarter of Friday’s 118-109 home loss to Oklahoma City.

“He’s got a high ankle sprain,” Mavs coach Rick Carlisle said while assessing Felton’s injury. “He’ll be out at least 10 days, so 10 days from now we’ll give you an update as to where he’s at. But it’s a pretty bad one, and so we’ve got to deal with it the right way.”