Ready Or Not, Here They Come 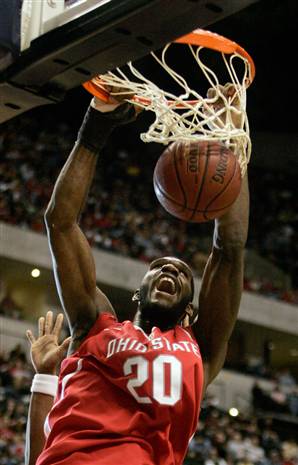 If all the freshmen leaving isn’t enough bad news for Buckeyes fans, consider that the decimation of the class of 2010 (despite the fact that Cook will probably not hire an agent and may return for his sophomore season) could possibly affect upcoming classes as well:

Ohio State is a quarter-system school and since NBA workouts with teams cannot begin until June 6 after the Orlando pre-draft camp the three are expected to remain in school. A final decision on their academic future will be made next week. Ohio State, like many other schools in a similar situation, is expected to push for the threesome to remain in school. Under a new NCAA directive, students who don’t leave in good academic standing and who aren’t eligible for the next season could end up hurting a school’s academic performance report and could subsequently end up in scholarship reduction for the school.

I can’t wait to see what Ryan has to say about all of this.