Report: Anthony Davis and Russell Westbrook Could End Up on the Lakers 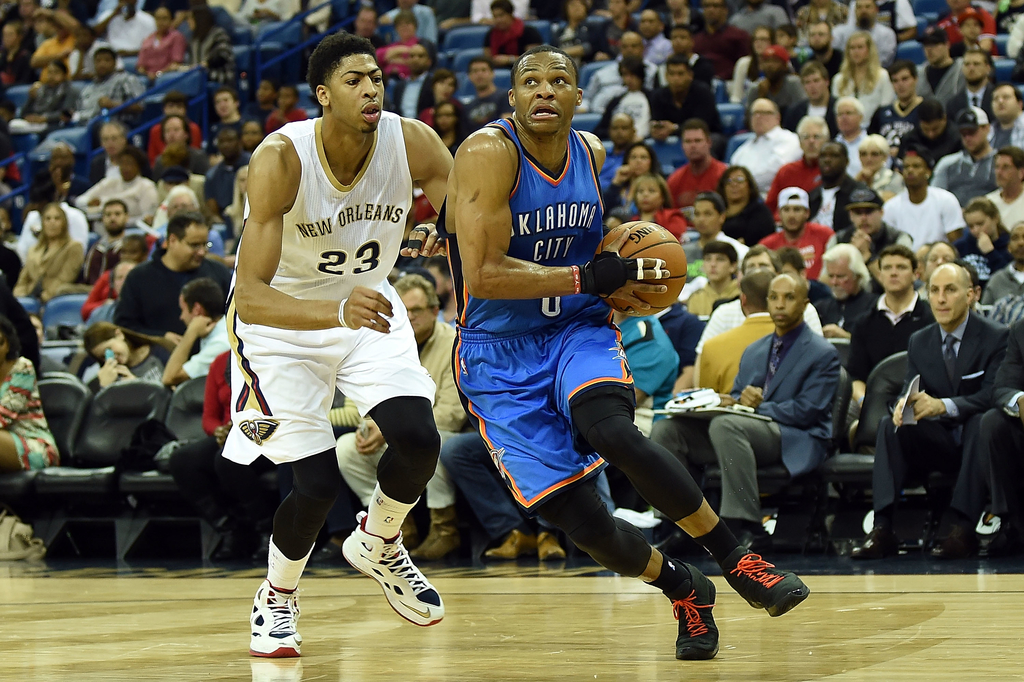 The possibility of Anthony Davis and Russell Westbrook someday playing together in Los Angeles has reportedly been floated.

The two megastars, for what it’s worth, share representation.

A source close to AD's agent has indicated the possibility of Davis and Russ teaming up together in LA down the line https://t.co/Ud1tAjMF2O pic.twitter.com/LUDCQdvdbs

The New Orleans Pelicans (21-34) are under increasing pressure to turn things around before AD loses patience.

As the losses and injuries mount, (GM Dell) Demps is undoubtedly on the hot seat, but it’s unclear what—or who—will come next. The franchise has Davis as a face but lack direction.

Fans can’t expect Davis to remain patient out of love for the city.

Thad Foucher of the Wasserman Media Group, the same agency that represents Russell Westbrook, is Davis’ agent. A source close to Davis’ agent floated the possibility that the end game could find the two uniting in Los Angeles with the talent-starved Lakers. Those kind of rumors are the ones that expand into panic when a team flails like the Pelicans have in the last two seasons.