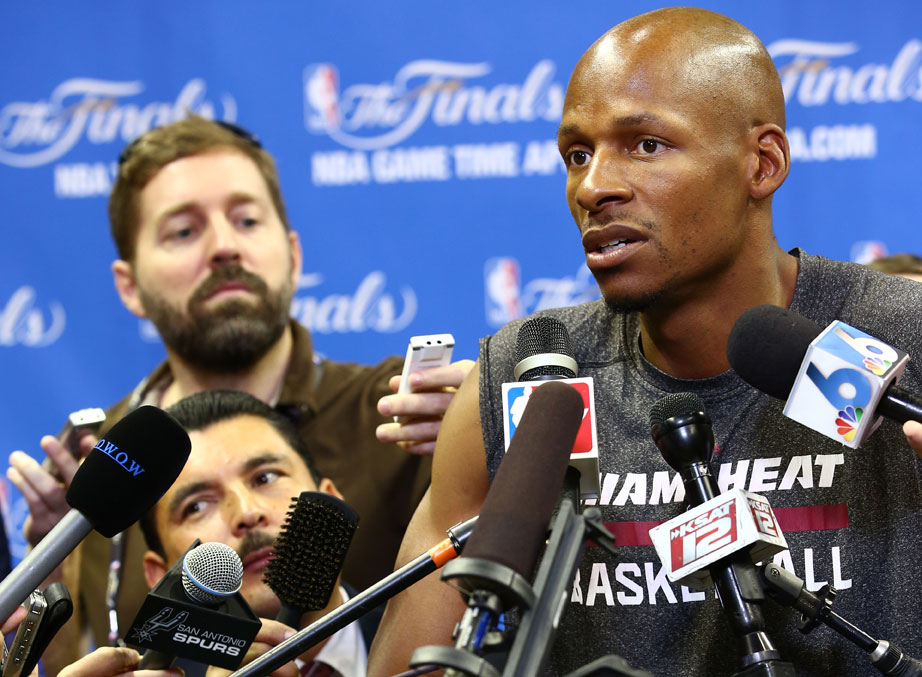 The Atlanta Hawks have spoken to Ray Allen’s agent about their interest, according to the AJC. Allen has been rumored to make decision about his NBA future after the All-Star break, and the Hawks figure to join a host of Playoff-bound teams vying for his services:

The Hawks have had discussions with representatives for free agent Ray Allen but nothing is imminent, according to a person familiar with the discussions.

Allen has not played since finishing last season with the Heat. He has reportedly received interest from several teams.

The Hawks may be reluctant to disrupt the chemistry of a team that holds the best record in the NBA. However, the team lost guard/forward Thabo Sefolosha for six to eight weeks with a right calf strain.