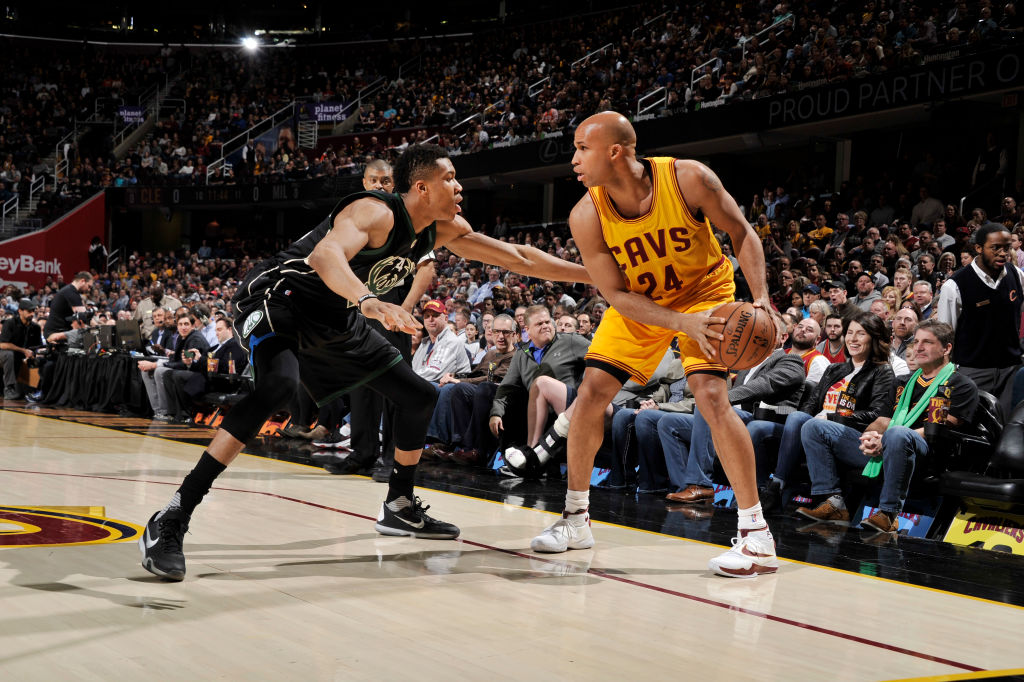 Mutual interest reportedly exists between the Milwaukee Bucks and Richard Jefferson, who was traded from Cleveland to Atlanta and immediately waived by the Hawks.

Jefferson, 37, was an integral part of the Cavs’ 2016 championship squad.

The Bucks released Gerald Green, clearing a roster spot that could be used to ink Jefferson.

Milwaukee is $2.5 million below the luxury tax threshold. Jefferson’s minimum veterans’s salary is $2.3 million — with a $1.5 million salary cap hit. If the Bucks claimed Jefferson off waivers, his salary would put the team $5,000 over the luxury tax.


Jefferson has a strong history with Bucks coach Jason Kidd. They played together for seven seasons, including two trips to the NBA Finals, with the Nets. Jefferson has played 16 NBA seasons — including with the Bucks in 2008-09 — averaging 12.8 points for his career. He was part of the Cavaliers’ 2016 NBA championship team, and he averaged 5.7 points in 20 minutes per game for Cleveland in 2016-17.