Report: Cavaliers Will Play at Warriors on Christmas Day 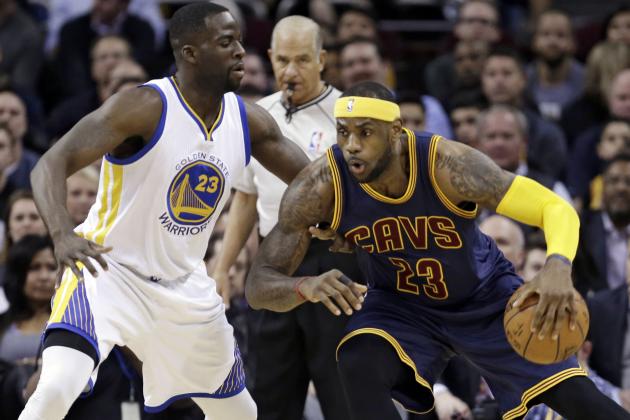 The 2015-16 NBA schedule won’t be official until next week, but according to a report, a rematch of the 2015 NBA Finals is on tap for Christmas Day in the Bay, as the Cavaliers are set to visit the Warriors.

From Marc Stein of ESPN.com:

LeBron James and the Cleveland Cavaliers are tentatively scheduled to visit Stephen Curry and the Golden State Warriors on Christmas Day, according to league sources.

Sources told ESPN.com that the league plans to feature an NBA Finals rematch as a headliner of its annual Christmas Day slate but stressed that nothing is likely to be made official before next week, when the league ‎is expected to release the new schedule in full.

The NBA reserves the right to make changes before the schedule is announced but annually issues a tentative schedule in advance of the full release. Cavs-Warriors is the second Christmas Day matchup reported in recent days.

The Miami Herald reported earlier this week that the Heat will host Anthony Davis and the New Orleans Pelicans in the first of the day’s games on Christmas.

Related
Report: Heat and Pelicans to Meet on Christmas