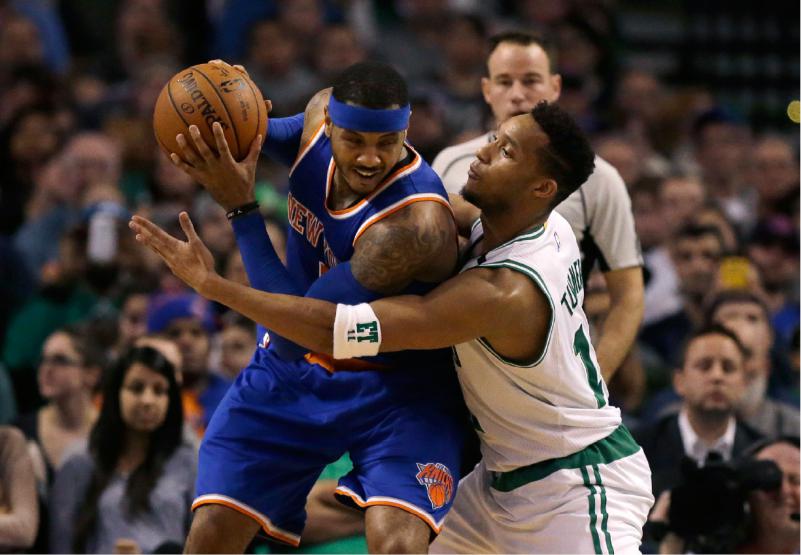 The Boston Celtics stood pat at last week’s NB trade deadline, but it wasn’t for a lack of trying.

The C’s front-office says it was close to pulling the trigger on a big swap, but that the other team got cold feet at the moment of truth.

.@danielrainge told me the #Nets pick WAS involved in the "bigger package" other team backed out of "at the very last minute." #Celtics

How will the 31-year-old Anthony react to yet another season without a playoff appearance? […] “That doesn’t sit well with me,” Anthony said during All-Star Weekend in Toronto. “To reflect a little about that, it’s tough. To think about that, to know that it can be three years if we don’t pick it up right away. I try not to think about it right now. In actuality, you have to start thinking about that eventually.”

Anthony was also asked by reporters if another playoff-free season would cause him to think about his future with the Knicks. He gave an interesting response. […] “Not yet. Not yet. Not yet,” Anthony said. “I’m pretty sure I’ll have that conversation with myself, my family, my team [agents]. That’s not a conversation right now.”

Prior to the trade deadline, the Boston Celtics expressed interest in obtaining Anthony via a trade with the Knicks, according to league sources with knowledge of the situation. […] It is unclear if there were any formal discussions between New York and Boston and if those discussions ever reached an advanced stage. But Boston was informed that Anthony had no desire to leave the Knicks via trade to play for the Celtics, sources say.