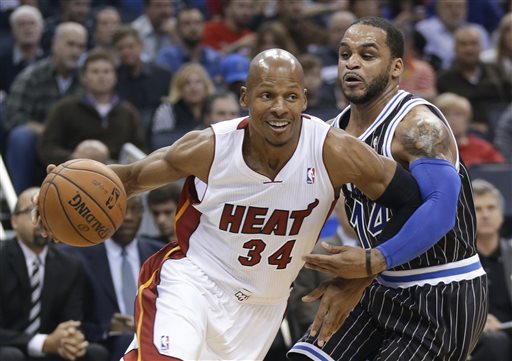 The Mavs have only about $2,7 million left over to spend this summer, and they’re chasing free agent guards Ray Allen and Jameer Nelson with the limited funds. Allen is reportedly a longshot, but Dallas is meeting with Nelson this week. Per the Dallas Morning News:

Jameer Nelson, who has been with Orlando his whole career, would seem to make a lot of sense as a relatively cheap addition to the backcourt. A source said the Mavericks will meet with Nelson on Thursday.

Take away his rookie season, and he’s never averaged less than 10 points and 4.3 assists. The 10-year veteran is a strong leader and has a reputation as being very solid in the locker room.

The Mavericks still are interested in Mo Williams, who is a combo guard. But they feel like the need at point guard is greater right now.