Report: David West Opts Out and Not Expected to Re-Sign With Pacers 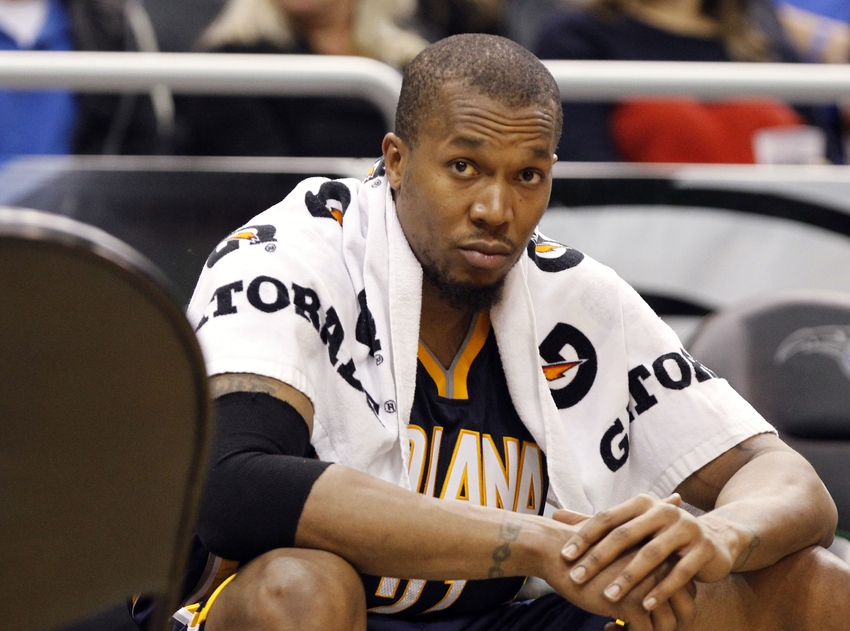 Prior to last season, there was talk from David West about possibly retiring.

The veteran forward now simply wants a realistic chance at winning—West, 34, has reportedly elected not to exercise his $12.6 million player option with the Indiana Pacers, and is said to be looking for another opportunity.

Pacers Prez Larry Bird: “I haven’t been in touch with David or his agent, Jeff Austin. So, until then he’s a member of our team."

West, who turns 35 in August, averaged 11.7 points and 5.2 rebounds last year. West played four seasons in Indiana and has been considered as a cornerstone in the franchise since arriving in 2011. During those years, the Pacers made back-to-back appearances in the Eastern Conference finals but during the injury-plagued 2014-15 season – in which West also missed the first 15 games with a sprained right ankle – the team struggled to a 38-44 record and fell into the draft lottery.

On Wednesday morning, general manager Kevin Pritchard addressed the situation with West and Roy Hibbert, who also has a player option for next season. Hibbert’s deadline to exercise the option or opt-out of the contract is Monday.