Report: Derrick Rose ‘Seriously Re-Evaluating His Future in the NBA’ 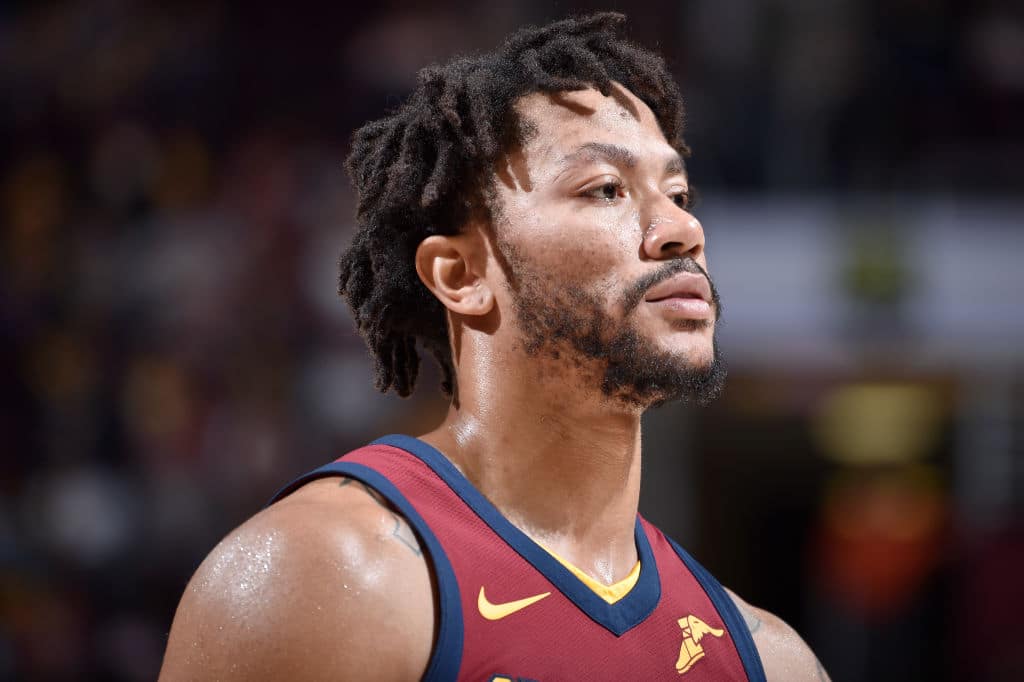 The 2011 League MVP is said to be “seriously re-evaluating” what the road forward looks like, as frustration mounts over his nagging injuries.

New story with @wojespn: Details on Derrick Rose's absence from the Cavaliers as he weighs his future in basketball https://t.co/8gKzpeoNdp

Rose, 29, hasn’t played since hurting his ankle against the Milwaukee Bucks on October 20.

Cleveland Cavaliers guard Derrick Rose has left the team and is seriously re-evaluating his future in the NBA, league sources told ESPN.

One team source told ESPN of Rose: “He’s tired of being hurt and it’s taking a toll on him mentally.”

Rose was last with the Cavs for Monday’s 116-88 win in Detroit. According to a team spokesman, his current absence from the team is excused.

One week ago, Cavs coach Tyronn Lue said Rose would be out “at least” the next two weeks because of his ankle injury.

Related
Derrick Rose No Longer in a ‘Dark Place’