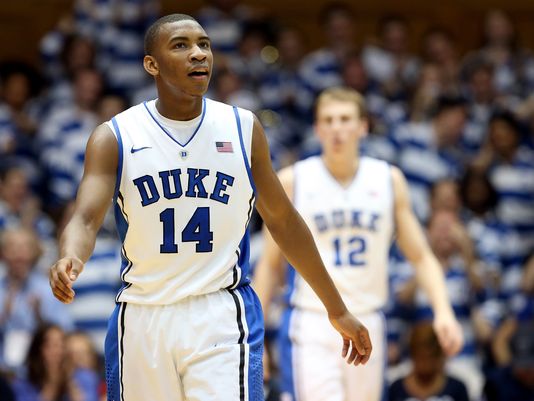 A report by The Chronicle has begun to shine a little light on the circumstances surrounding former Blue Devils guard Rasheed Sulaimon’s dismissal from the program. According to the report, Sulaimon’s dismissal came after there were multiple sexual assault allegations against him based on incidents that reportedly occurred in 2013 and 2014. The report also says that these allegations were brought to Duke’s administration and athletic department—including, allegedly, coach Mike Krzyzewski—as early as March of 2014.

Rasheed Sulaimon’s dismissal from the Duke basketball program is clouded by allegations of sexual assault, which surfaced nearly a year before he was released from the team in January. Multiple sources close to the situation have confirmed that members of the athletic department were made aware of the allegations as early as March 2014.

The Duke men’s basketball department has not provided a detailed explanation of the dismissal, which was the first in head coach Mike Krzyzewski’s 35 years at the helm of the program. Sulaimon, a junior, was dismissed from the Duke basketball team Jan. 29 after he “repeatedly struggled to meet the necessary obligations,” Krzyzewski said in his official statement.

Sulaimon’s dismissal came not from a singular incident, but was the result of multiple actions detrimental to the program, Matt Plizga—the men’s basketball sports information director—told The Chronicle the day of the dismissal.

The Duke athletic administration declined to speak with The Chronicle after multiple attempts were made to discuss the allegations.