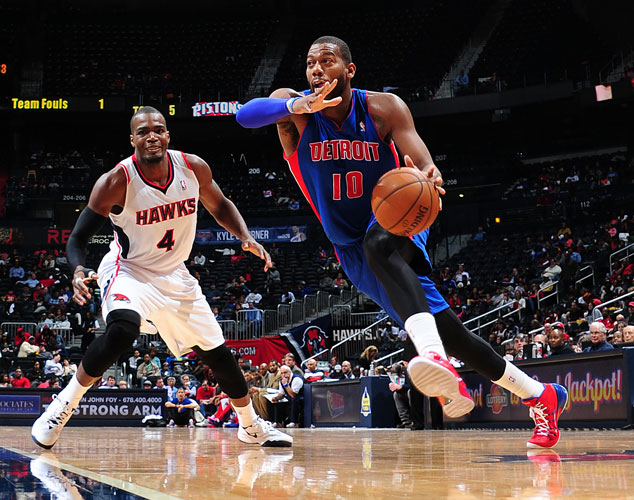 Contract negotiations between the Detroit Pistons and restricted free agent Greg Monroe are going nowhere fast (and, naturally, trade rumors have begun to surface.) Monroe, in search of a larger payday than Detroit appears willing to give him, is reportedly prepared to take the $5.3 million qualifying offer and re-enter free agency next summer. Per the Detroit News:

While the Pistons big man has not pursued an offer sheet from another team, he has pursued sign-and-trade possibilities, and Monroe is “definitely” willing to take the one-year qualifying offer worth $5.3 million from Detroit in order to ensure his unrestricted free agency next summer, a source familiar with Monroe’s thinking said.

Part of Monroe’s thinking could be the Pistons’ likely stance of matching any contract offer, even if the max is well above their reported offer of four years and $50-plus million, similar to the deal Josh Smith signed last summer. Through his Twitter account, Monroe has disputed being offered a deal with that framework, or the five years/$60 million that has been reported by other outlets. […] “(I) can’t reject anything that was not offered to me,” Monroe wrote Sunday, shortly after returning stateside from a trip to Africa through the NBA’s Basketball Without Borders program.

While taking the qualifying offer is a risk if he gets injured — he has missed just one of his last 310 games — it’s the biggest leverage he and his agent, David Falk, have. If Monroe signs the qualifying offer, he’ll become an unrestricted free agent next summer, free to sign wherever he likes — and for the following season, he would have to approve any trade, as he likely would try to secure a long-term deal with any new team.