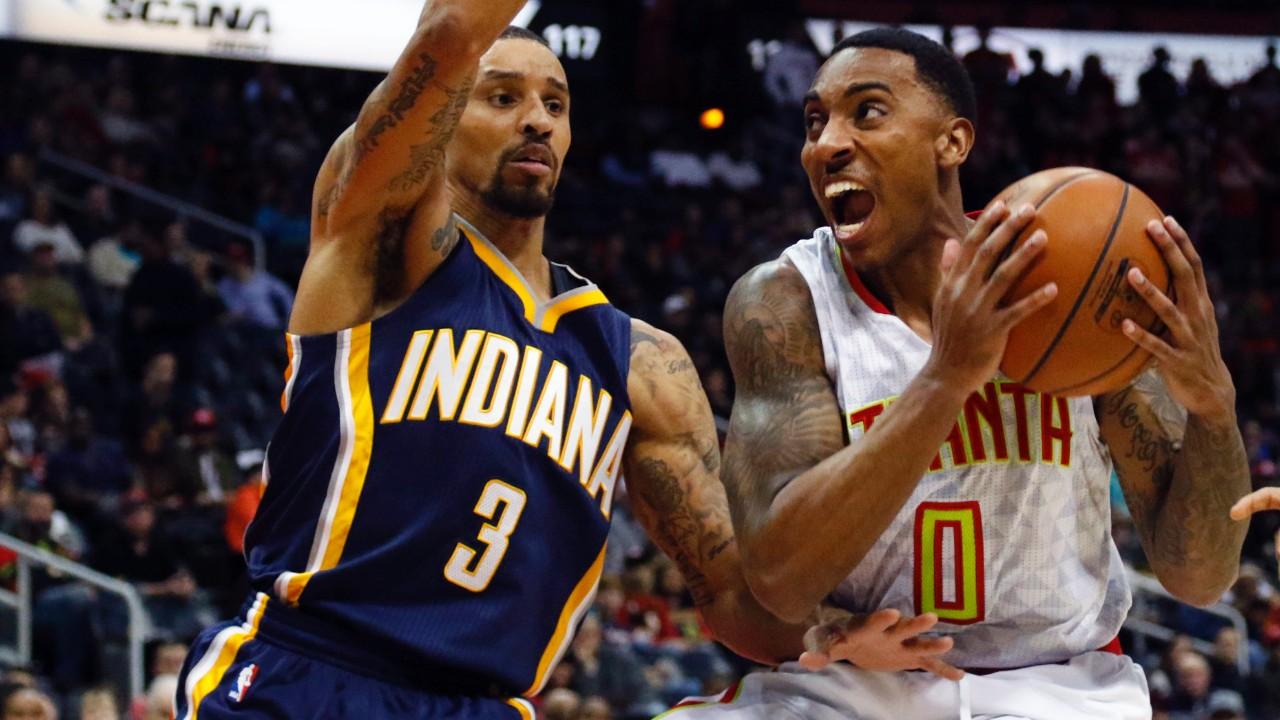 As part of a three-team deal with Indiana and Utah, the Atlanta Hawks are reportedly sending point guard Jeff Teague to the Pacers.

George Hill will become a member of the Jazz, and the Jazz are moving the No. 12 pick in Thursday’s NBA Draft to Atlanta.

The pact will become official in July.

For Indiana and Utah, this gives them the starting point guards that they’ve been longing to acquire on the market. With the move, Atlanta is committing to guard Dennis Schroder as its point guard of the future.

Utah is determined to reach the playoffs next season, and Hill gives the Jazz an accomplished and versatile guard without giving up a player.

Teague was eager to be moved and is thrilled to return to his Indianapolis roots. He has one year left on his contract, and the Pacers made the move with the intention of signing him to a long-term deal, league sources said. […] Atlanta is planning to negotiate a rookie extension with Schroder this summer too, sources said.