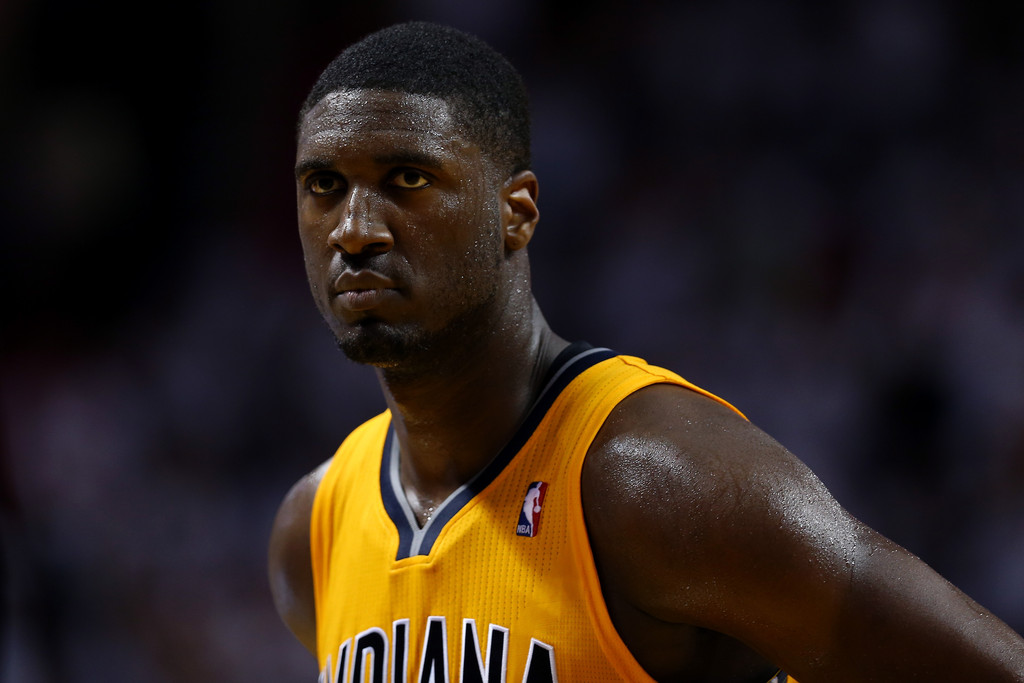 Embattled center Roy Hibbert is “quietly” on the market now. Well, it’s not really now that quiet anymore. Sporting News reports that the Pacers are dangling the big fella in trade talks:

After a flurry of rumors dating back a little more than a month, there has not been much to speak of when it comes to the possibility of Indiana moving center Roy Hibbert in a trade. But, according to multiple front-office sources, the Pacers have quietly sought out possible new landing spots for their enigmatic big man.

“I would say they’ve been doing that, but quietly,” one front-office source said.

The problem, of course, remains the two years and $30 million left on Hibbert’s contract, part of a max four-year deal he signed as a restricted free agent two summers ago. That is a weighty number for a guy who disappeared for long stretches in March and April, and continued to do so in the postseason, during which he averaged 9.3 points and 5.5 rebounds.