Report: Isaiah Thomas ‘Ecstatic’ About Being A Laker 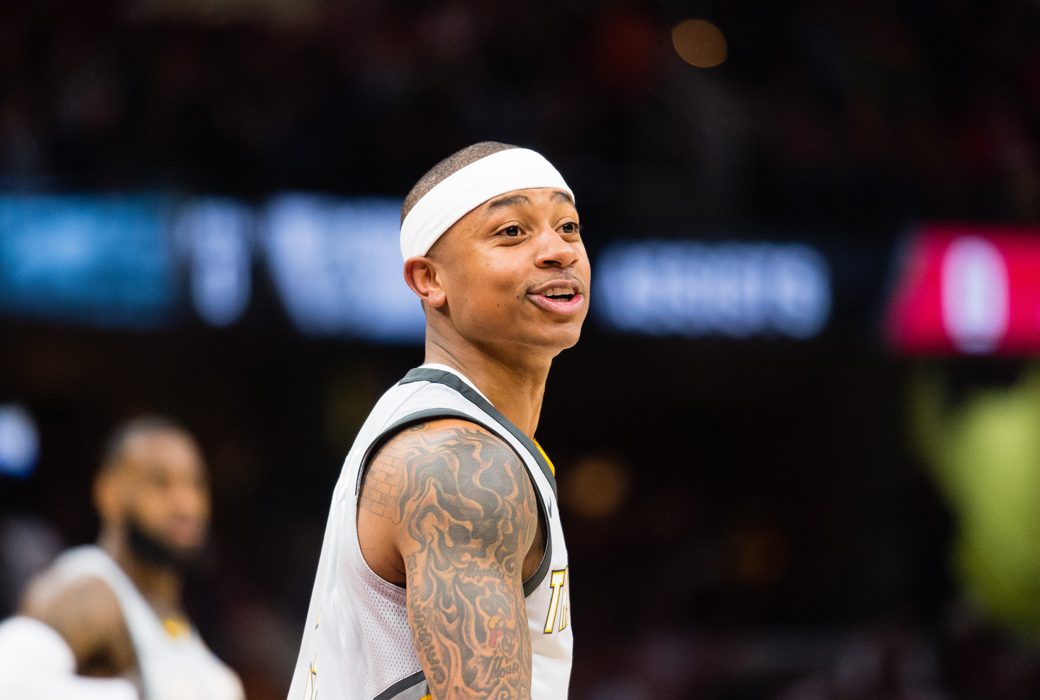 On Wednesday, Isaiah Thomas told reporters he did not wish to be traded ahead of the deadline. On Thursday, the Cavaliers included IT in a deal with the Lakers for Jordan Clarkson and Larry Nance Jr.

But according to ESPN’s Ramona Shelburne, the former All-Star point guard is now “ecstatic” to be with Los Angeles:

Told by multiple sources that Magic Johnson and Rob Pelinka have been in touch with IT and he’s “ecstatic ” about being a Laker. Unclear whether the issue of starting was discussed, however.

Johnson, the president of basketball operations, and Pelinka, the general manager, shed some light on what the plan is for Thomas, who will join Lonzo Ball in the backcourt, via ESPN‘s Ohm Youngmisuk:

Magic Johnson and Rob Pelinka make it clear that Isaiah Thomas will play for the Lakers and they can envision IT playing alongside Lonzo Ball for long stretches. Magic says Ball is “our starting point guard. That hasn’t changed but we also value what… https://t.co/T4Fx6FGnvQ

Here’s what Thomas’ agent, Aaron Goodwin, had to say, per Joe Vardon of cleveland.com:

“He’s worked too hard to get back, and he’s a ball dominant player,” said Thomas’ agent, Aaron Goodwin. “It’s LeBron’s ball, and this clearly wasn’t working. Koby (Altman) and I have had enough conversations where it was clear, with the way the system was going, it wasn’t beneficial for either party. This is a good opportunity for Isaiah.”

Goodwin said Thomas did not ask to be traded. On Wednesday, Thomas said he didn’t want to be traded, but also that he wanted to play “where I’m wanted.”

IT played just fifteen games for the Cavs, averaging 14.7 points and 4.5 assists.