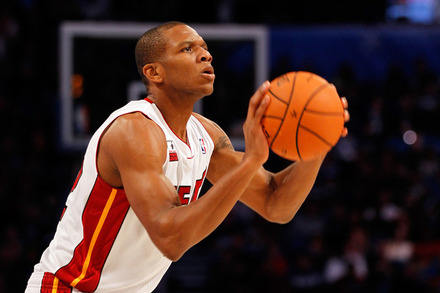 LeBron James’ recruiting plan appears to be working out pretty well – James Jones is set to join King James in Cleveland, having reportedly agreed to a one-year deal with the Cavs for the veteran’s minimum. Per the Akron Beacon Journal:

Jones, 6-foot-8, 215 pounds, is the second former Miami Heat player to join LeBron James with the Cavs in as many days after Mike Miller agreed to a deal Tuesday.

Jones, an 11-year veteran, is known for his shooting prowess. For his career he has made 40 percent of his 3-pointers.

Related: Mike Miller Agrees to 2-Year Deal With the Cavaliers