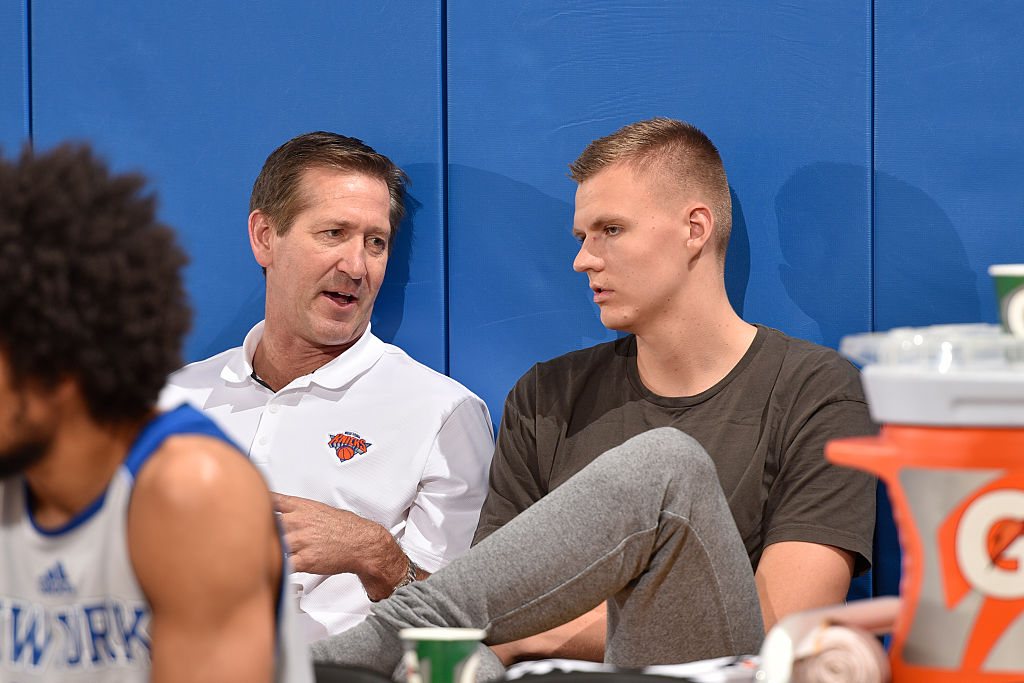 Jeff Hornacek’s relationship with Kristaps Porzingis deteriorated last season after reportedly letting the young Knicks star know through an intermediary that he’d like him to stop “playing like a pu**sy.”

Porzingis, 22, famously skipped his exit meeting after yet another frustrating year in New York, and it apparently wasn’t just because he’d grown fed up with Phil Jackson.

Porzingis and his head coach are said to be back on speaking terms.

Per Patreon (via TBL):

According to a report by Peter Vecsey, Hornacek rode Porzingis hard last season and their feud culminated in explosive fashion. Willy Hernangomez is Porzingis’ best friend on the team, and at one point, Hornacek reportedly cornered the Spanish big man and told him to tell Porzingis to stop “stop playing like a pu**y.” That led Porzingis to skip out on his exit interview and basically shut down any relationship with his head coach.

Vecsey does note that he’s heard Porzingis and Hornacek are back on speaking terms, either through text or through Hernangomez. We’ll see how long that lasts.

The rest of the details in the piece are fascinating. Apparently at one point, Porzingis developed a habit of parking in spots designated for management at the team’s practice facility. Additionally, while Hornacek was fairly brutal to the 22-year-old star, he never said anything to Carmelo Anthony.