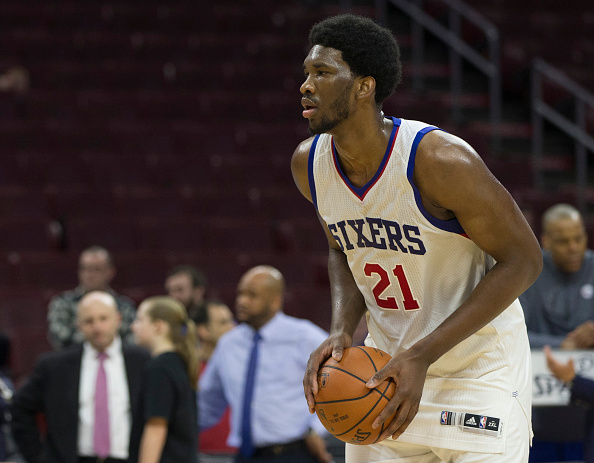 Sixers 2014 top pick Joel Embiid had surgery on his right foot before he was even drafted, and wound up missing the entire 2014-15 season while rehabbing his injury. Embiid had been progressing and was expected to be ready to go for training camp this coming season. But according to a report, Embiid suffered a setback and could be sidelined again after the Sixers got the results from a recent CT scan.

From Adrian Wojnarowski of Yahoo! Sports:

Philadelphia 76ers center Joel Embiid, the third overall pick in the 2014 NBA draft who missed his rookie season with injury, suffered a setback in the healing process of his right foot, league sources told Yahoo Sports.

After weeks of rigorous workouts, Embiid had not felt pain in the foot, but a recent CT scan revealed an issue in the healing process, sources said. Philadelphia is consulting with doctors on how to best proceed, and it’s still premature to speculate on the possibility of another surgical procedure that could sideline Embiid, sources said.

Embiid had been expected to participate with Sixers’ summer league teams in July, but that could jeopardized now, sources said. For now, it is too soon to tell how long Embiid will be kept out.