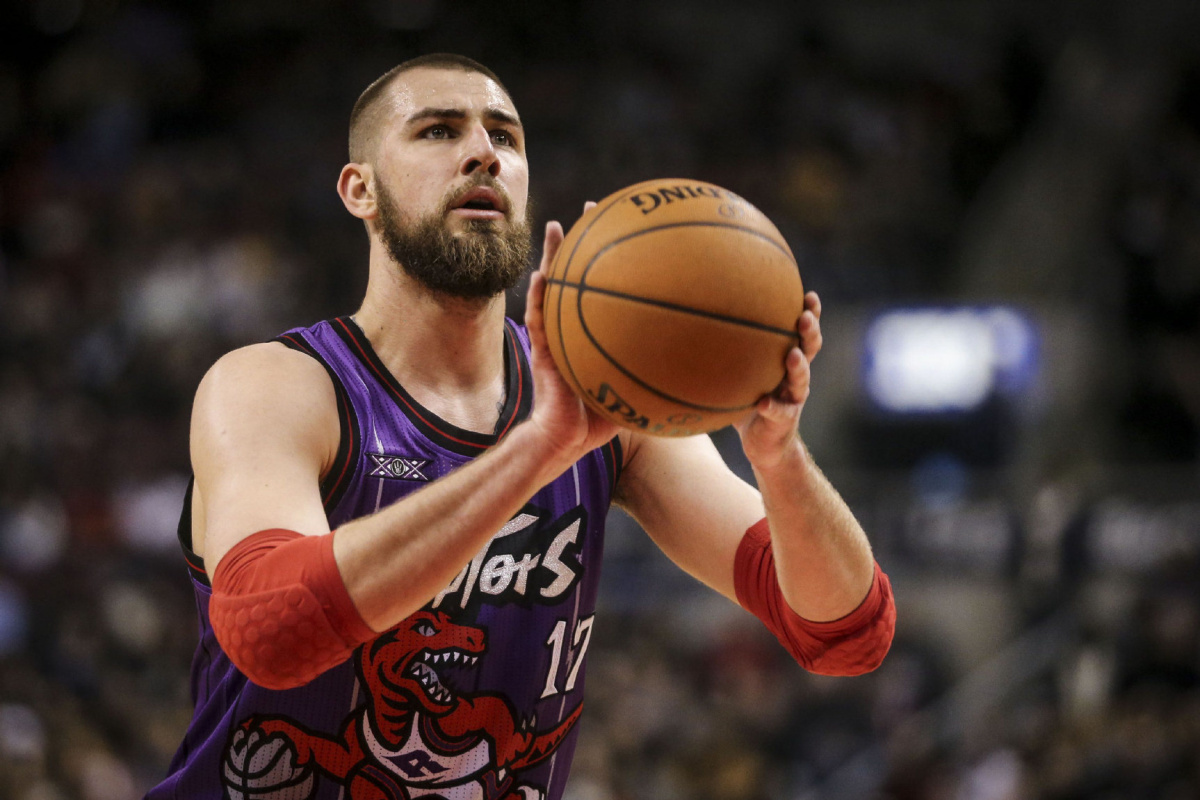 The Toronto Raptors are reportedly closing in on a four-year, $60 million-plus contract extension for center Jonas Valanciunas.

The big fella has briefly left the Lithuanian national hoops team to finalize the deal.

Valanciunas, 23, put up 12 points and grabbed 8.7 rebounds in 80 games for the Raptors last season.

The Raptors, sources say, are eager to get a deal done with the 23-year-old that prevents him from hitting the open market next summer, when the salary cap jumps dramatically and more than half the league will be armed with sufficient salary-cap space to try to sign him away.

Doing a deal now, meanwhile, would bring a measure of security for Valanciunas heading into the EuroBasket Tournament with his native Lithuania next month. Lithuania coach Jonas Kazlauskas announced Monday to local reporters that Valanciunas is briefly leaving the team to return to Toronto for a physical and to finalize the deal.

The 7-footer was drafted No. 5 overall by the Raptors in 2011 but is only eligible for an extension this summer because the 2012-13 season was his first in the NBA. Valanciunas averaged 12.0 points, 8.7 rebounds and 1.2 blocks last season, while posting a robust PER of 20.6.