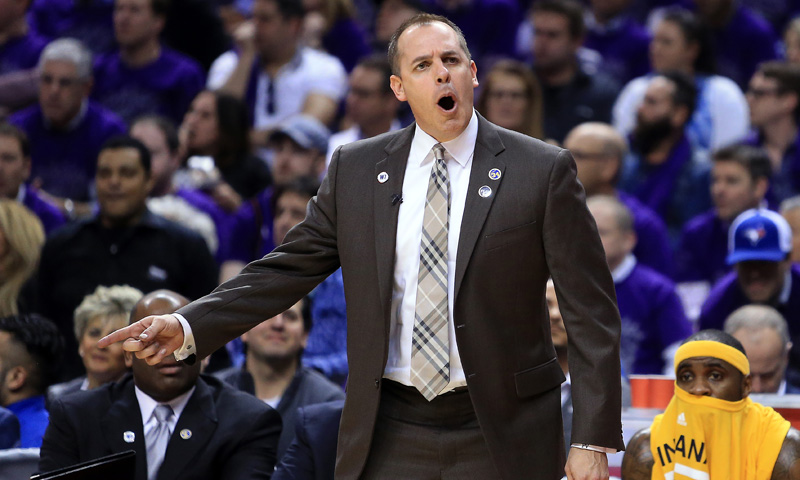 When the Pacers decided not to bring back head coach Frank Vogel earlier this week, Knicks GM Steve Mills reached out to Vogel’s representatives to gauge his interest in New York’s open head coaching position.

Early indications are that Vogel does have interest, according to a New York Post report.

Knicks president Phil Jackson, who’s on vacation in Montana, has already vastly narrowed his coaching search by stipulating that the candidate must be someone he knows personally and who’s willing the run the Triangle Offense.

Vogel was a Lakers advance scout in 2006, but he and Jackson reportedly only had one conversation during that season.

The Knicks made contact Friday with the agent for Frank Vogel, but have not yet requested an interview, according to two NBA sources.

According to one source, Knicks general manager Steve Mills did his due diligence in contacting Vogel’s reps. The source said Phil Jackson has not made a decision on how to proceed. The key to the exploratory phone call was finding out whether Vogel would have interest in the job, triangle offense and all — and it seems he does.

“I think the Knicks wanted to see where Frank’s head is at,” the source said.