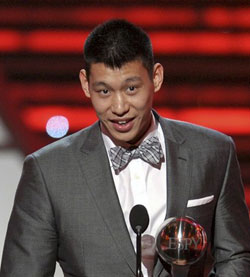 According to The New York Times’ Howard Beck, the Knicks have decided not to match the Rockets offer sheet for Jeremy Lin. The contract is believed to include a “poison-pill” third year which would pay the 23-year-old point guard nearly $15 million, which would push New York far into the luxury tax. After acquiring Raymond Felton in a sign-and-trade with the Blazers, the Knicks are prepared to move forward with a point guard duo featuring Felton, who played in 54 games with the team in the ’10-11 season, and veteran Jason Kidd. Lin averaged roughly 15 and 6 for New York in a breakout ’11-12 season.

The Knicks are not expected to announce their decision until this evening, and there is still a chance — albeit incredibly small — that it could be reversed. But as of 4 p.m. the decision had been made and was considered final by those with knowledge of the deliberations. Indeed, the deliberations were said to be over. The Knicks have first-refusal rights on Lin and by rule have until Tuesday at 11:59 p.m. Eastern time to either match the offer or let him walk. The decision was ultimately financial, not emotional. The contract with Houston includes a third-year balloon payment of $14.9 million, which would have cost the Knicks another $35 million or more in luxury-tax penalties had they matched the deal. The so-called poison pill was designed to dissuade the Knicks.

The Knicks wanted to keep Lin, but his situation was complicated. Because he was a restricted free agent, the Knicks had the right to match any offer. Yet under N.B.A. cap rules, they could offer him no more than $16.13 million in a three-year deal, and a maximum of $28.75 million over five years. Only a rival team was allowed to include the third-year balloon payment. So it was up to Lin to set his own market value, by getting an outside offer. He initially agreed with Houston on a three-year, $19.5 million deal, including a $9.3 million balloon payment in the third year. That deal was agreed to in principle but never signed. When it became apparent that the Knicks would match, the Rockets increased the third-year salary to $14.9 million, close to the maximum allowed. The Knicks are already expected to be over the luxury-tax threshold, so Lin’s salary would have cost them tens of millions more under the league’s more punitive new system. In recent days, two people briefed on the Knicks’ deliberations said it was unlikely the team would keep Lin. Yet both cautioned that the decision was not final and would ultimately be made by one person: James L. Dolan, the Madison Square Garden chairman.