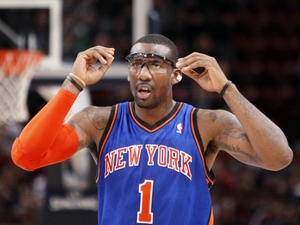 Rumors are swirling around Amar’e Stoudemire and his onerous (but expiring) contract — the Knicks and Sixers have reportedly discussed a possible deal for the big fella, though nothing seems imminent. Per the NY Post:

The Sixers have $30 million in cap space and have made it known they’d be willing to accept an undesirable expiring contract if a pawn is thrown in. That extra pawn likely would be Iman Shumpert — something the Knicks prefer not to do.