Report: Kyrie Irving’s Dad Had Beef With LeBron James and the Cavs 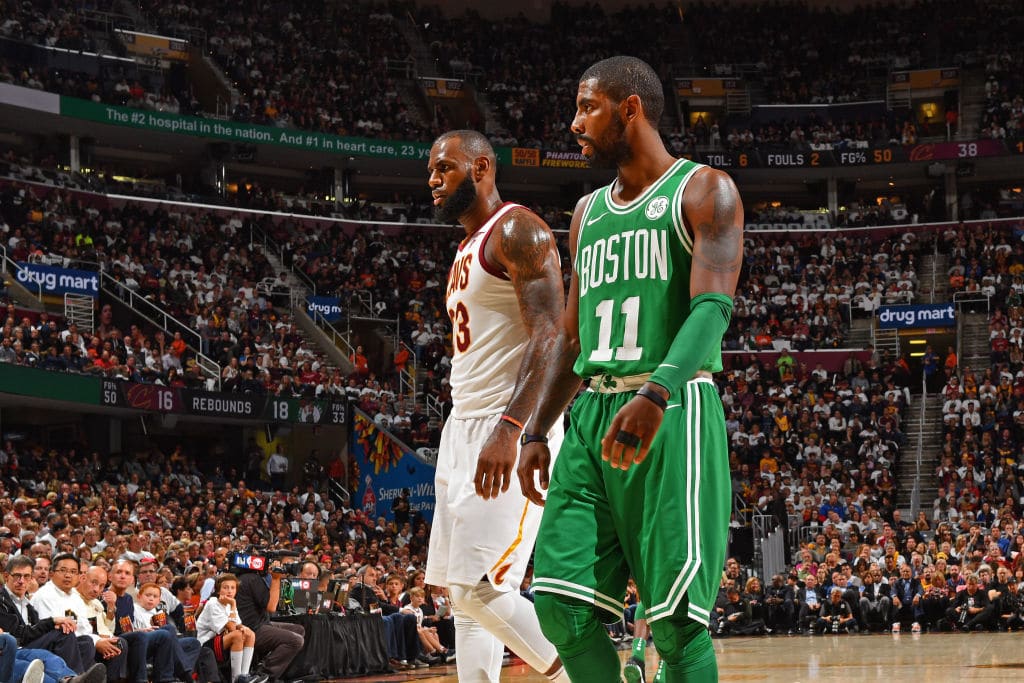 Kyrie Irving‘s father, Drederick, reportedly played a role in his messy divorce with the Cleveland Cavaliers.

The elder Irving is said to have had problems with LeBron James, his crew, and the Cavs organization.

Kyrie Irving, LeBron James and their fallen kingdom: A brief glimpse inside where it all went wronghttps://t.co/CjOqVH1jxA

There were concerns over Cleveland’s handling of the roster prior to LeBron’s return to Ohio in 2014, coaching decisions and the handling of Kyrie’s health.

One day during the three years LeBron James and Kyrie Irving spent as teammates, Drederick Irving was exiting the Cavs’ locker room when Randy Mims was entering. Mims, one of James’ lifelong friends and an official Cavs employee, reached out his hand to slap Drederick five. But Dred, Irving’s father, pulled his own arm back and refused the gesture.

When James later asked Irving about the incident and if there was something wrong, Irving said his father believed they shouldn’t be “fraternizing with the enemy.”

Three sources with knowledge of the exchange independently confirmed it to The Athletic, revealing just a glimmer of light into a fractured relationship that both men hid well during their time together.

Related
LeBron James: ‘I Was Ready To Give The Keys’ to Kyrie Irving