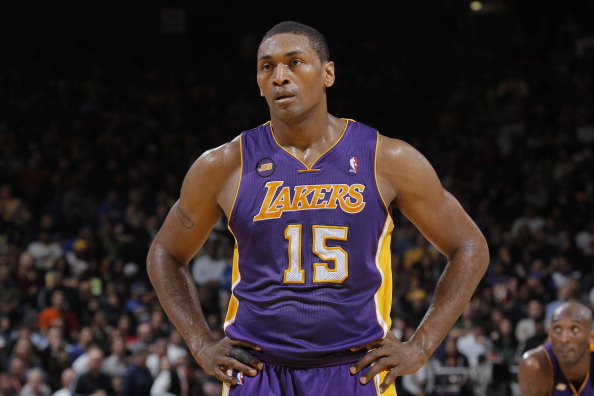 The Los Angeles Lakers are reportedly seriously considering signing free agent Metta World Peace. Yes, the same Metta World Peace who played for LA from 2009-2013 and helped them win the 2010 NBA Championship. World Peace was amnestied following the 2012-13 season, and hasn’t played in the NBA since last appearing with the Knicks in 2014.

The story, from Adrian Wojnarowski of Yahoo! Sports:

No deal has been agreed upon, but there have been talks between the Lakers and World Peace’s representatives, league sources told Yahoo Sports.
There are varying degrees of interest within the Lakers organization about bringing him back to the franchise at 35 years old, although the idea has been met with enthusiasm from Lakers star Kobe Bryant, league sources told Yahoo Sports.

World Peace has been in the Lakers’ practice facility this offseason playing against the team’s players, including 2014 first-round pick Julius Randle, league sources told Yahoo Sports.

World Peace has been out of the NBA since the New York Knicks waived him during the 2013-14 season. He played last season in China and Italy.