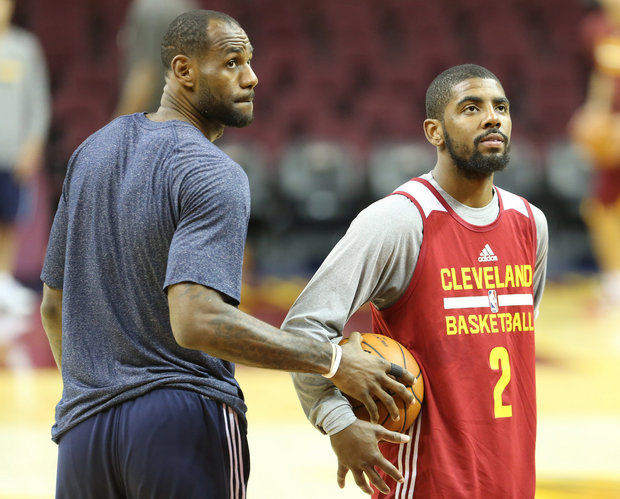 Following a 19-point loss to the Portland Trail Blazers Tuesday night, LeBron James reportedly approached teammate Kyrie Irving in the locker room for a word about his concerns.

James is said to have challenged the high-scoring point guard to become a better playmaker.

LeBron may be unhappy with the Cavs’ play during their 1-3 start to the season, but continues to preach patience.

One source said James viewed Tuesday’s 19-point thumping as the perfect time to address his concerns with how his point guard went about getting guys involved in the offense, and he challenged Irving to get better.

This is the first time in Irving’s NBA career that he is being held accountable on the court to this magnitude. Storming out of the locker room was expected. This is new, championship aspiration territory he’s in and James knows what it takes. […] “He just wants Kyrie to be the best player he can be,” a source with knowledge of the exchange said. “In order for that to occur, confrontations must take place.”