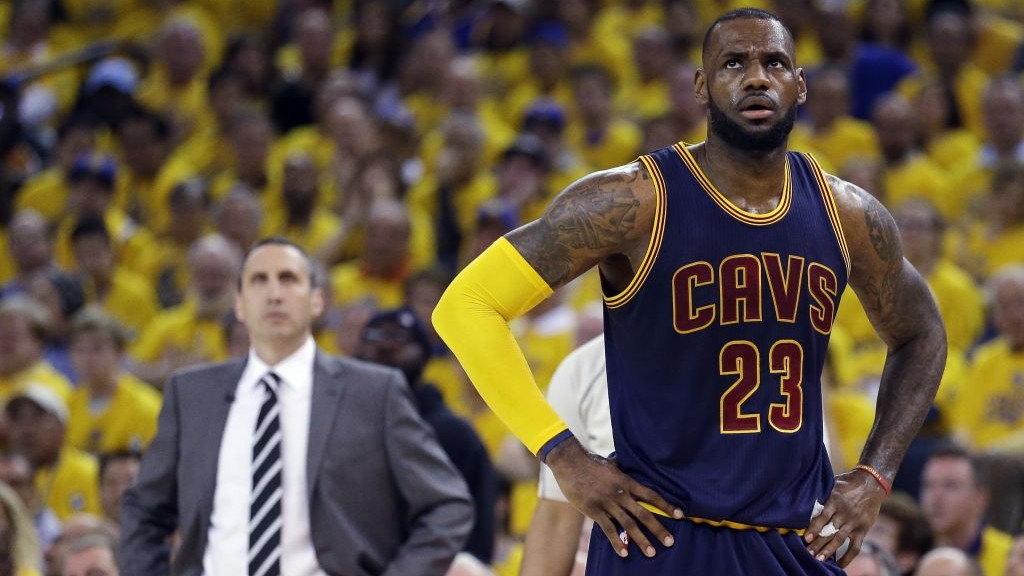 Heading into the NBA Finals, LeBron James endorsed the job head coach David Blatt had done in his first season.

Blatt survived and even thrived despite the pressure and outsize expectations that come with coaching the galaxy’s best player, but according to ESPN, the relationship between LeBron and his coach hit a bump in the road during the championship round.

James reportedly belittled Blatt throughout the six-game series against the champion Golden State Warriors—calling his own timeouts (a recurring theme in Cleveland it seems), ignoring and disagreeing with his coach’s play-calling (also not a first-time issue) and generally treating him like a punk:

We literally saw peak LeBron and the corresponding LeBron nadir over those six gripping games with Golden State. He ‎had staffers from the 67-win Warriors almost quaking at night in fear of the havoc he was wreaking, such was his genius in controlling tempo and carrying a skeleton of a roster to a 2-1 lead that actually made you think the Cavs could win it all with Kyrie Irving, Kevin Love and his beloved Anderson Varejao all sidelined.

And we likewise saw LeBron emasculate Blatt in ways that are simply unbecoming of a player of James’ legend-in-the-making stature. […] I saw it from close range in my role as sideline reporter through the Finals for ESPN Radio. LeBron essentially calling timeouts and making substitutions. LeBron openly barking at Blatt after decisions he didn’t like. LeBron huddling frequently with (Cavs assistant coach Ty Lue) and so often looking at anyone other than Blatt.

There was LeBron, in one instance I witnessed from right behind the bench, shaking his head vociferously in protest after one play Blatt drew up in the third quarter of Game 5, amounting to the loudest nonverbal scolding you could imagine. […] Which forced Blatt, in front of his whole team, to wipe the board clean and draw up something else.