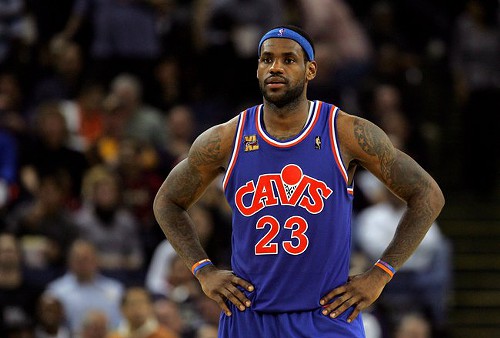 The return of the Prodigal Son isn’t just great news for basketball fans in Cleveland, but it’s also pretty fantastic for the overall economy in Northeast Ohio. LeBron James – a one-man economic stimulus, who inked a two-year, $42.1 million deal with the Cavaliers – is expected to help generate around $500 million a year for the area (in additional ticket sales and spending.) Per Bloomberg News:

Based on calculations by the Cuyahoga County Fiscal Office, James’s return will generate $215 million from games alone. Average attendance increased from about 12,000 before James joined the team to about 20,500 during his final season, the county said. Although attendance has slipped, officials expect sold out games next season with James on the court.

Other spending increases will come at restaurants, convention business and hotels, County Executive Ed FitzGerald said. Anticipated benefits include a $34 million increase in annual spending by fans at games to $170 million a year plus 500 additional jobs supported by the Cavaliers, the county said.