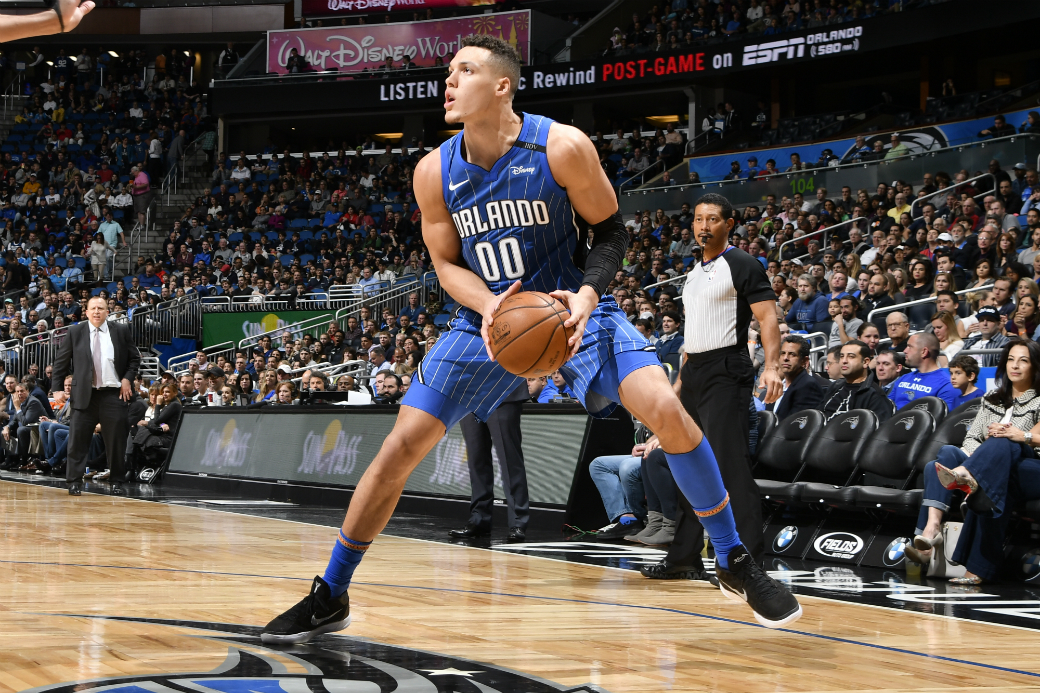 According to Sean Deveney of the Sporting News, the Mavericks, Pacers, and Suns are expected to pursue the 22-year-old Gordon:

League sources told Sporting News this week that the Suns are expected to be suitors for Gordon, who starred at Arizona for one memorable season. Phoenix has ample cap room and a roster in need of more proven players. Another team with interest in Gordon, according to sources, would be the rebuilding Mavericks, who have been eager to find a budding star to fill in alongside Harrison Barnes and Dennis Smith Jr., softening the blow of Dirk Nowitzki’s retirement, which could come in just months.

The Pacers intend to investigate restricted free agents, too, hoping to add young talent to an improving roster. Still, if any team makes a formal offer, the Magic can match it.

The Magic test the market for Gordon around the trade deadline, but ended up not finding the right deal.

RELATED
WATCH: Every Dunk From The 2017 Dunk Contest