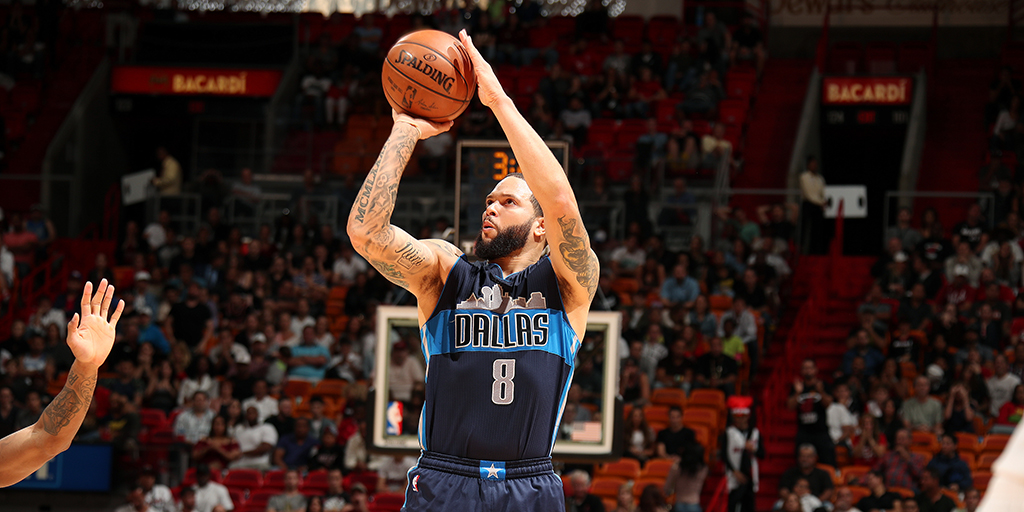 The Cavaliers quest for another “playmaker” has lead to an all-out search. Earlier this week, Cleveland reportedly held a workout with Mario Chalmers, Kirk Hinrich and Lance Stephenson and now the team is exploring trade options.

One player they are rumored to be interested in is Dallas point guard Deron Williams. According to a report from Sam Amico of amicohoops.net and Fox Sports Ohio, the Mavs would be willing to part ways with Williams if they got Iman Shumpert and a pick back:

The Mavericks would make a trade of guard Deron Williams to the Cavaliers for guard Iman Shumpert, but only if the Cavs included a draft pick, a league source told Amico Hoops.

Several reports have said the Cavs have an interest in Williams as a potential reserve point guard/playmaker.

The Mavs have won five out of their last six, including wins over the Spurs and Cavaliers. Rick Carlisle has been starting Seth Curry and Yogi Ferrell in the backcourt.