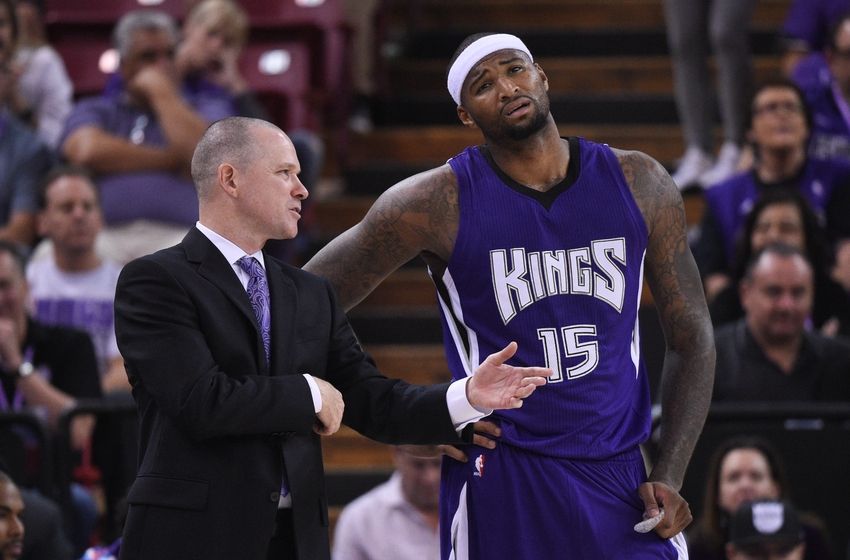 The latest in the fallout from Michael Malone’s sudden firing Sunday night is a fascinating peek into the Sacramento Kings’ inner workings.

Reportedly, Malone was cool to the idea of giving stars DeMarcus Cousins and Rudy Gay long-term extensions; Boogie signed for four years and $62 million, while Gay inked for $40 million over three years.

… Malone, who they say grew less communicative in recent weeks with both management and ownership, apparently closed down for far too long while veering off in an entirely different direction than the rest of their lot. […] For all the focus on the Kings’ solid start to this season that was so much better than anything they’d had in these parts for quite some time, Kings officials were growing tired of what they describe as a near-constant pushback from Malone on the ideological front.

From Malone’s reluctance to endorse the offering of contract extensions for DeMarcus Cousins and Rudy Gay to his preference that departed point guard Isaiah Thomas was re-signed in free agency to the pursuit of a new lead assistant coach during the summer, there were disagreements about personnel and style of play at every turn that brought them all to this tipping point.

“I don’t know if there was a point in time when you could say, ‘Yeah this isn’t (working),'” D’Alessandro said. “The respect always was there, but I just think we both knew that the vision for how to play wasn’t the same. … You start to see it evolve, and then you say, ‘Let’s just be honest about it then. Let’s just be honest, and agree to disagree.’ But then something has to happen. That’s the league we’re in.”