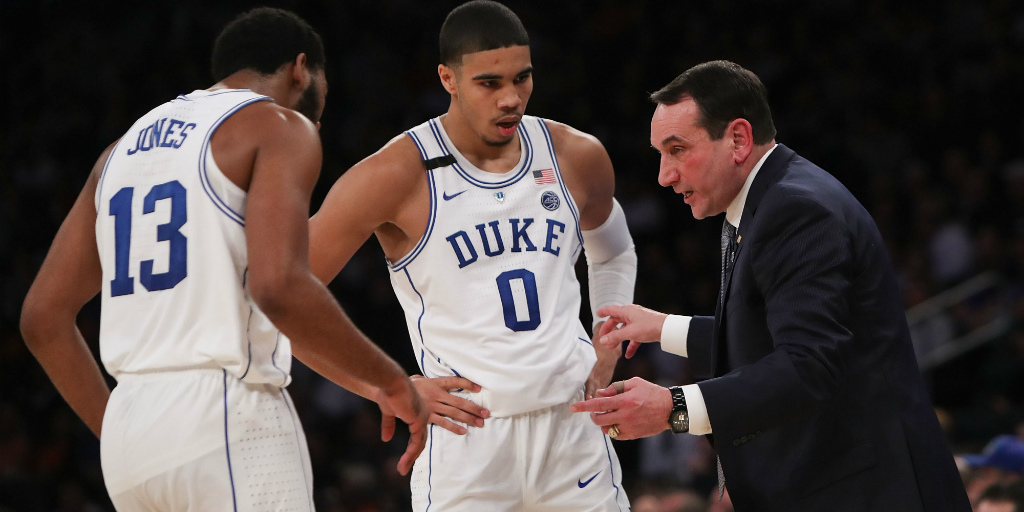 Duke head coach Mike Krzyzewski will undergo back surgery to remove a fragment of a herniated disk in his lower back, according to a report from ESPN. Coach K is expected to coach Wednesday night against Georgia Tech then go under the knife on Friday. He is expected to miss at least four weeks. Associate head coach and former Blue Devil guard, Jeff Capel, will take Coach K’s spot on the bench while he recovers.

“His back has been bothering him way worse than he’s let on,” a source told ESPN.

“Dr. William Richardson, Dr. [Allan] Friedman, and our medical team have worked tirelessly to help manage this issue for several weeks,” Krzyzewski said in a statement. “Together, we have determined that surgery is the best course of action at this time. During my recovery process, the team will be in the capable hands of Coach Capel, Coach [Nate] James and Coach [Jon] Scheyer. As soon as the doctors clear me to do so, I look forward to returning and giving our team 100% of my energy and attention, which is certainly something that they deserve.”

Coach K, who is 69 years old, underwent four surgeries in the offseason including a knee replacement.

The news continues a tumultuous time in Durham. A few days before Christmas, star player Grayson Allen was suspended indefinitely for intentionally tripping a player for the third time in the past year. Over the weekend, the team lost its ACC opener to Virginia Tech and it was announced that Allen had been stripped of his status as a team captain.