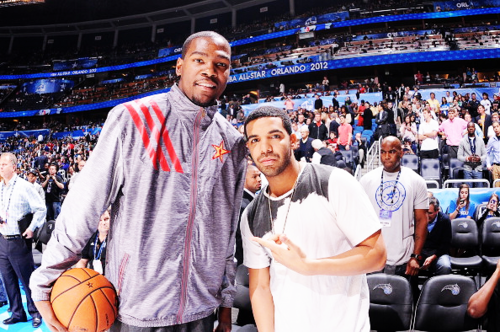 The NBA wasn’t amused by the rapper Drake publicly recruiting Kevin Durant two summers ahead of his free agency. The Toronto Raptors have been fined $25,000 for the antics of their “global ambassador”. Per the AP:

Drake is a “global ambassador” for Canada’s NBA club. He was performing at a concert that Durant was attending last week in Toronto when he shouted to the crowd to show the league’s MVP what it would be like if he came to play for the Raptors, causing a loud ovation.

An NBA spokesman confirmed the fine, which ESPN.com reported Monday was for $25,000.

Durant can become a free agent after the 2015-16 season. He has spent his entire career with the Oklahoma City Thunder franchise.