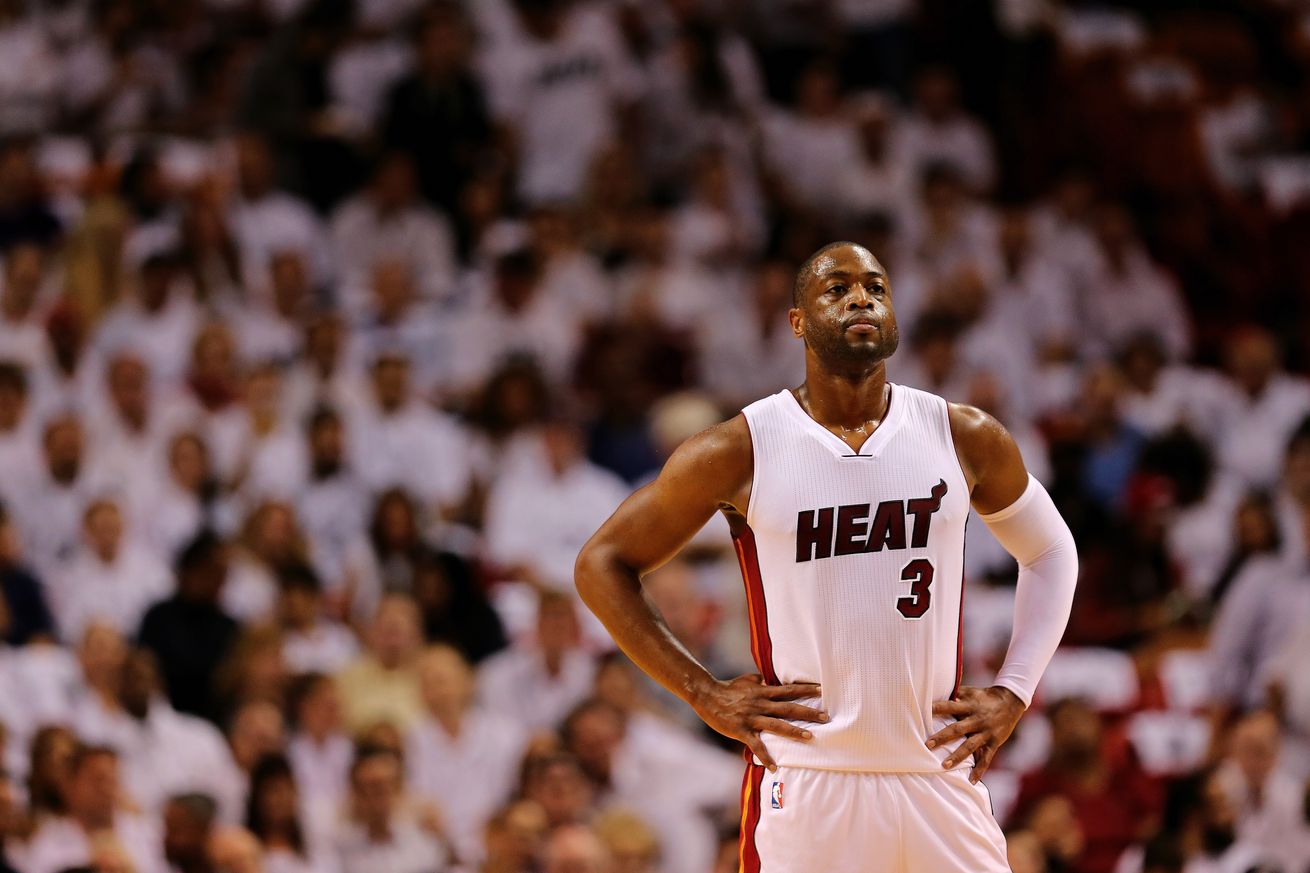 Dwyane Wade’s 13-year relationship with the Miami Heat appears to be at a crossroads, and rival teams are swooping in with offers for the future Hall of Famer.

To date, the Denver Nuggets appear to be the only franchise willing to meet the 34-year-old free agent’s contractual demands.

Wade will reportedly meet with the Nuggets (and others) today.

Can say that Dwyane Wade has multiple meetings with teams scheduled for tomorrow. Not just Denver.

Wade’s acrimonious discussions with the Heat have led him to taking the next step with interested teams, which could turn out to be a way for the 12-time All-Star to leverage a third guaranteed contract year out of Miami – or the beginning of the end of his 13-year, three-NBA-championship run with Miami. […] The Nuggets have been aggressive in pursuit of Wade, offering a two-year, approximately $52 million contract, sources said.

The Chicago Bulls have maintained significant interest in Wade and may still decide to join the Nuggets in New York for a meeting with Wade, league sources said.