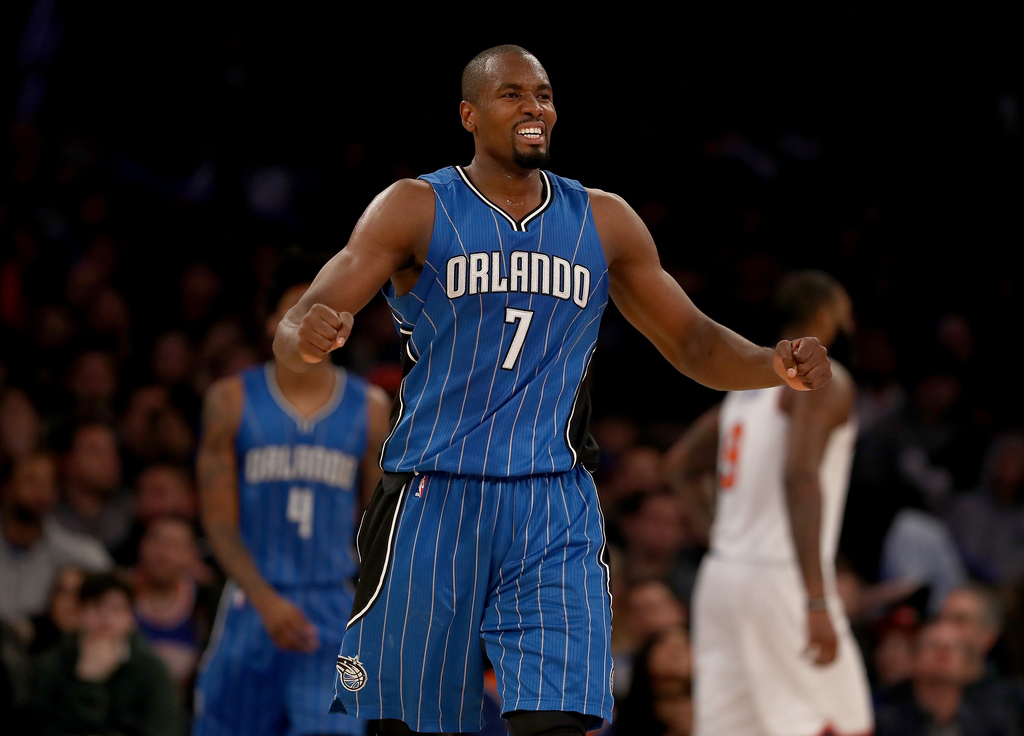 The Magic have reportedly been “aggressive in testing the trade market” for center Serge Ibaka.

Ibaka, 27, joined Orlando via trade and will be an unrestricted free agent in July.

Nikola Vucevic and Elfrid Payton are also rumored to be potentially available:

It has not taken long for buyers’ remorse to kick in. League sources told Sporting News that the Magic have picked up their attempts to move Ibaka ahead of next month’s trade deadline, eager to ensure that they come away with some return for a player who does not figure to be in Orlando long. Ibaka will be a free agent this summer. There is no chance of a (Bismack) Biyombo trade, not after the Magic paid him $70 million for four years this offseason.

Ibaka, 27, has been productive, with 14.9 points, 6.8 rebounds and 48.6 percent shooting from the field (38.3 percent from the 3-point arc), but he has not had the level of impact on the team’s defense the Magic had hoped. Ultimately, the team will have to shift third-year forward Aaron Gordon from small forward to power forward, Ibaka’s current spot.

Problem is, no one quite knows what Ibaka is going to do next July. The Magic want to recoup the loss of (Domantas) Sabonis and (Victor) Oladipo with some other youngsters or picks in return. Teams are naturally reluctant to give up promising young assets for a few months of Ibaka, however, especially with the way each conference has been dominated by its defending champs, the Cavs in the East (despite recent struggles) and the Warriors in the West. A short-term rental is not likely to bring a championship.

Related
Serge Ibaka: ‘I Never Asked To Be Traded [From Thunder]’