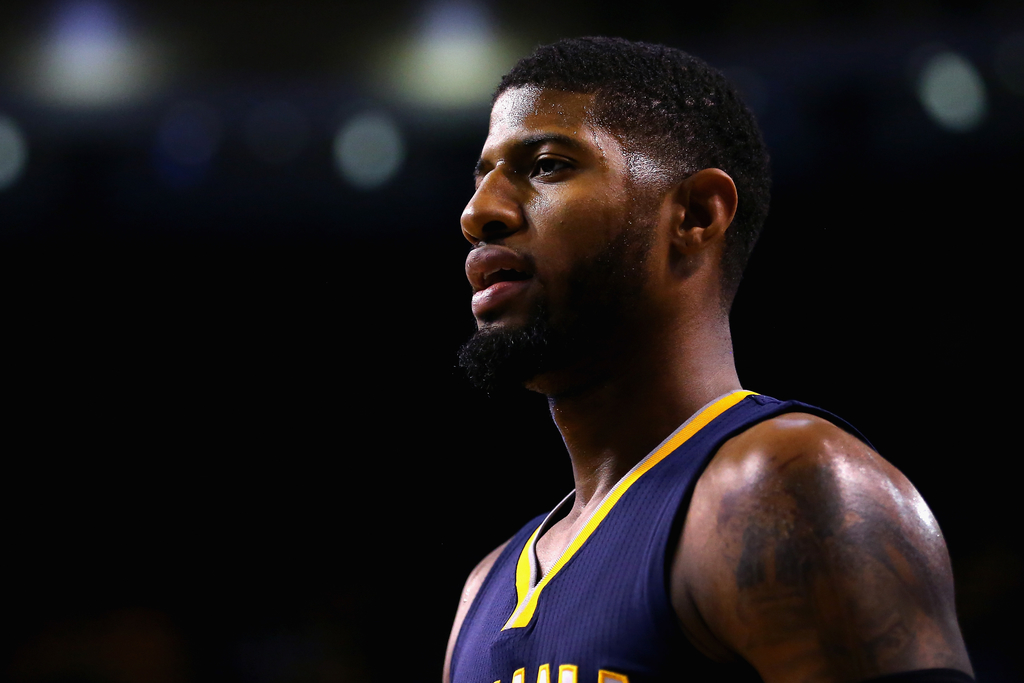 Ahead of last month’s trade deadline, Pacers president Larry Bird reportedly engaged “at least the Celtics, Sixers, Hawks and Nuggets” in addition to the Lakers about a possible Paul George trade.

Ultimately, nothing happened, but the All-Star forward’s future in Indiana is murky at best.

On the Pacers, searching for a new identity as Paul George's free agency gets closer https://t.co/dNber19fJw

George, 26, will be one of the most sought-after free agents next summer:

“This season has been a reality check,” George told ESPN.com last week in New York. “You think you are gonna be in those playoff battles, playing alongside those guys forever. You have to try and recapture that moment. And that moment for us was having a strong chemistry and identity. We don’t have one now. I’ve never been on a team without an identity — without a toughness identity.”

Bird knows he is on the clock with George. The Lakers loom as a threat in free agency. The Pacers engaged at least the Celtics, Sixers, Hawks and Nuggets in trade talks for George at the deadline, though they never appeared serious about moving him, per league sources. (Bird has called the George rumors “fake news”). They explored trading Rodney Stuckey for a backup rim protector, including John Henson, sources say, and Bird will dangle Indy’s first-round pick again this summer in search of veteran help. Bird has been aggressive trading picks for Luis Scola and Thaddeus Young.

“I have a budget,” Bird said. “Whatever that budget is, I’ll spend it. Sometimes, we can’t go after max guys, or players we really think could help us, because of our budget.” The Pacers spent up to, and over, the cap in recent summers when they had room. George wants to play for a contender, and the Pacers seem miles from there. “Paul wants to compete for a title,” Bird said. “We want Paul here. He has expressed that he wants to be here. That could change overnight. You never know. But whatever I can spend, I’m going to spend.”