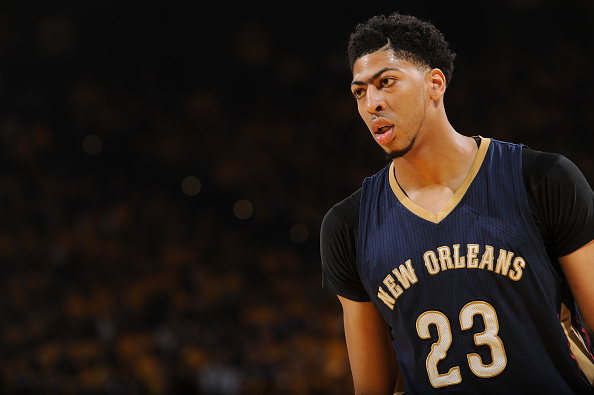 We told you yesterday that Pelicans superstar Anthony Davis was about to cash in on a giant contract extension. Today, according to Adrian Wojnarowski of Yahoo! Sports, the deal is done—it’s worth at least $145 million over five years, and it starts in 2016-17. New Orleans has officially locked up one of the best players in the League for the prime of his career.

New Orleans Pelicans All-Star forward Anthony Davis has reached agreement on a maximum five-year extension that could be worth in excess of $145 million, a league source told Yahoo Sports.

The contract will have a player option after the fourth year, sources said.

Davis is eligible for the Derrick Rose rule that allows for him to occupy 30 percent of the Pelicans’ salary cap.

The agreement solidifies Davis as the franchise’s cornerstone and will keep him off the free-agent market next summer. The extension will begin with the 2016-17 season.