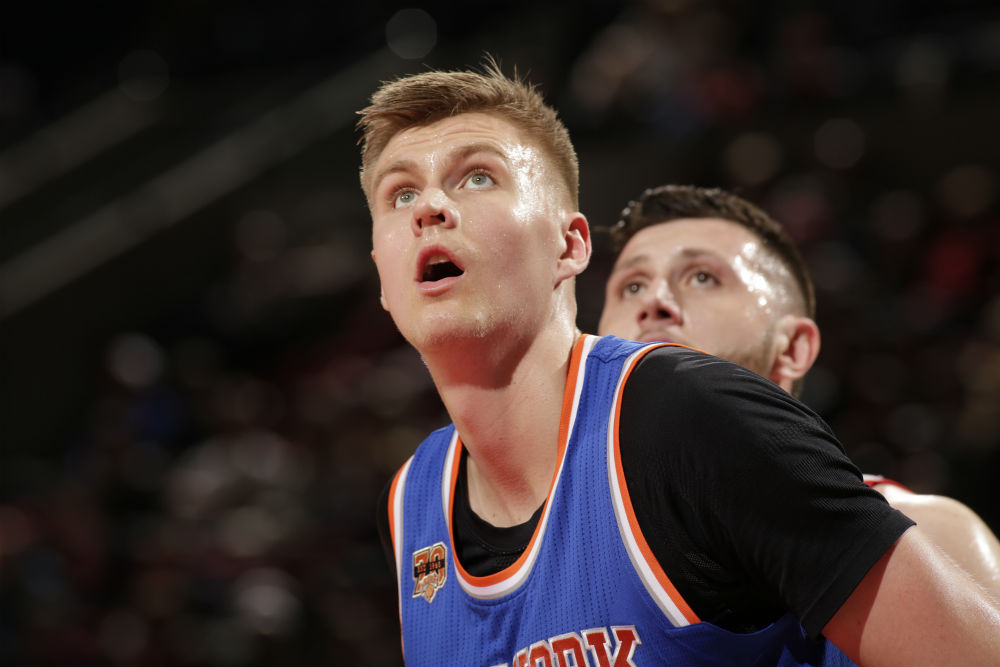 From there, things escalated quickly. Woj reported that Phil met with draft prospect Lauri Markkanen – a player the Knicks could potentially select at No. 8 and that would be viewed as a “replacement” for Porzingis:

Sources: Phil Jackson met with Lauri Markkanen in New York on Monday, a player whom he’s considering at No. 8 should Knicks move Porzingis. https://t.co/44d8EqMoBm

New York is apparently also enamored with Kansas’ Josh Jackson, but they would presumably have to trade up to get him:

When I did my tiers piece a little less than half the teams had Jackson in Tier 1. Knicks were one of those teams. https://t.co/coLY4VxDYZ

Amid the chaos, Kristaps’ brother Janis told ESPN that KP wants to stay in New York:

Janis Porzingis, Kristaps’ brother, to ESPN: “Despite how the Knicks are treating their players, Kris wants to stay in New York.” More: https://t.co/xiHz2X5GwY

It’s two days before the draft and rumors are already insane. Stay glued to SLAM for more updates.