Report: Rajon Rondo ‘Still in the Mix’ for Lakers Deal 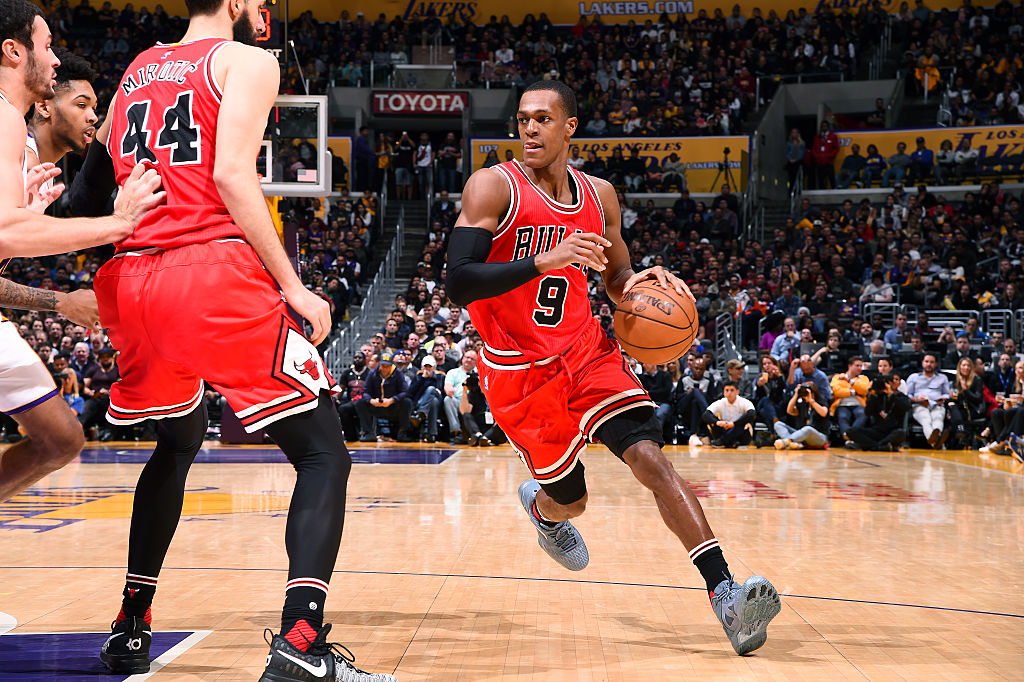 Free agent point guard Rajon Rondo is reportedly “still in the mix” for the Lakers.

Rajon Rondo is still in the mix for the coveted Lakers PG spot, I'm told. Per ESPN, George Hill is talking to Lakers today about one-yr deal

The Lakers and Hill are said to have “significant mutual interest.”

Lakers envision a scenario in which Hill and Lonzo could start as lead guards, per source https://t.co/mSgR9DVgPc

Hill, 31, is a victim of a shrinking point guard market and could potentially parlay a healthy season with the Lakers into a longer-term deal elsewhere next summer. Hill had a problematic toe injury that limited his durability during an otherwise stellar season for the Utah Jazz. He played just 49 games, but averaged a career-high 16.9 points per game.

The Lakers are determined to do one-year contracts in free agency, preserving salary-cap space for 2018 to pursue possible free agents Paul George, LeBron James and Russell Westbrook. Before joining the Jazz in a trade last year, Hill spent five seasons as George’s teammate with the Indiana Pacers.

The Lakers have also talked with free-agent point guard Rajon Rondo about a one-year deal, including several rounds of calls to front-office officials, coaches and players who’ve worked with Rondo through the years, league sources said.