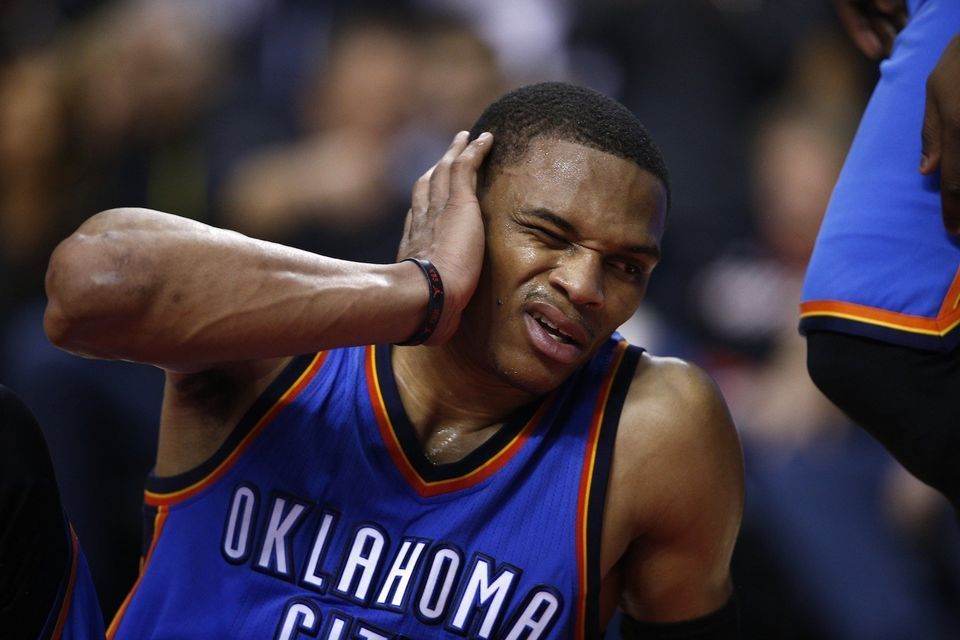 Westbrook will reportedly be back in action Wednesday night, rocking a protective facemask against the poor Philadelphia Sixers.

Scott Brooks on Westbrook's mask: "Fortunately for all of us, he doesn't get to choose the color. It'll be a clear mask"

Russ is currently on a historic streak of three consecutive triple-doubles — with averages of 31.2 points, 10.3 assists and 9.1 rebounds in February — and is one of the NBA’s leading MVP candidates this season.

There is still a final determination to be made, but Westbrook is expected to play barring an unforeseen setback, league sources said.

Westbrook is scheduled to go through parts of the Thunder’s practice on Tuesday, a league source said.