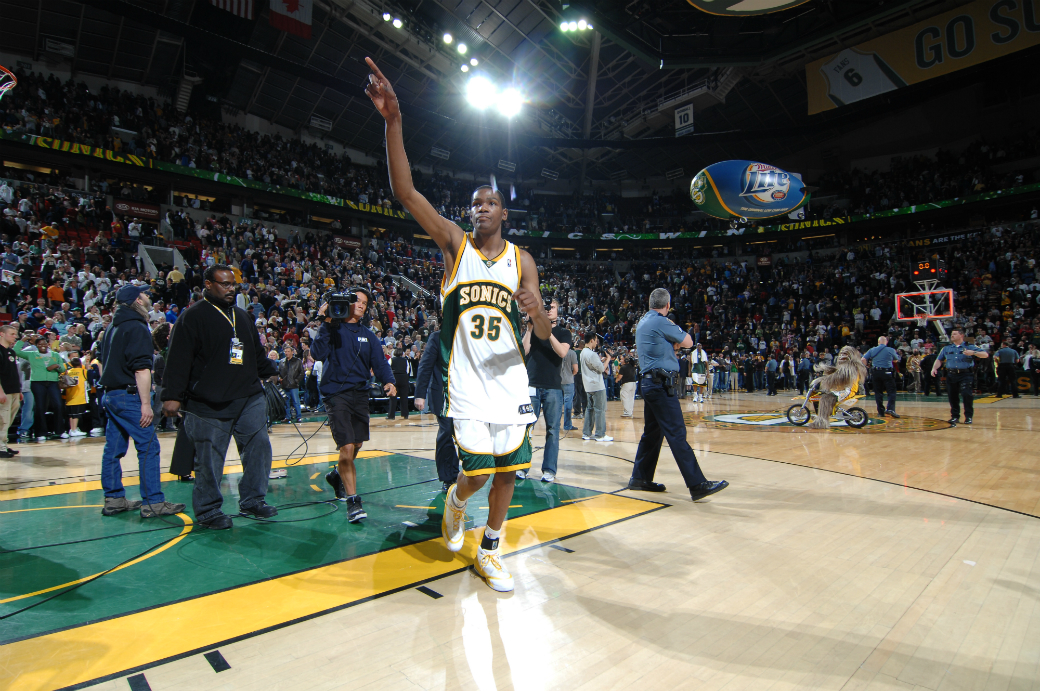 Kevin Durant made his League debut with the Seattle SuperSonics over a decade ago.

Now, the Golden State Warriors superstar will return to Key Arena, which is no longer the home of an NBA franchise, to play a preseason game against the Kings, according to Ailene Voisin of The Sacramento Bee:

The Golden State Warriors will host the Kings on Oct. 6 in a preseason game at – you guessed it – KeyArena. All that is left is for the parties to sign and submit the contract, which according to multiple league sources, is a mere formality. This is happening.

This will be the first NBA game in Seattle since the SuperSonics moved to Oklahoma City back in 2008.

The Kings reportedly considered relocating to Seattle a few years ago, but owners voted to keep the franchise in Sacramento.