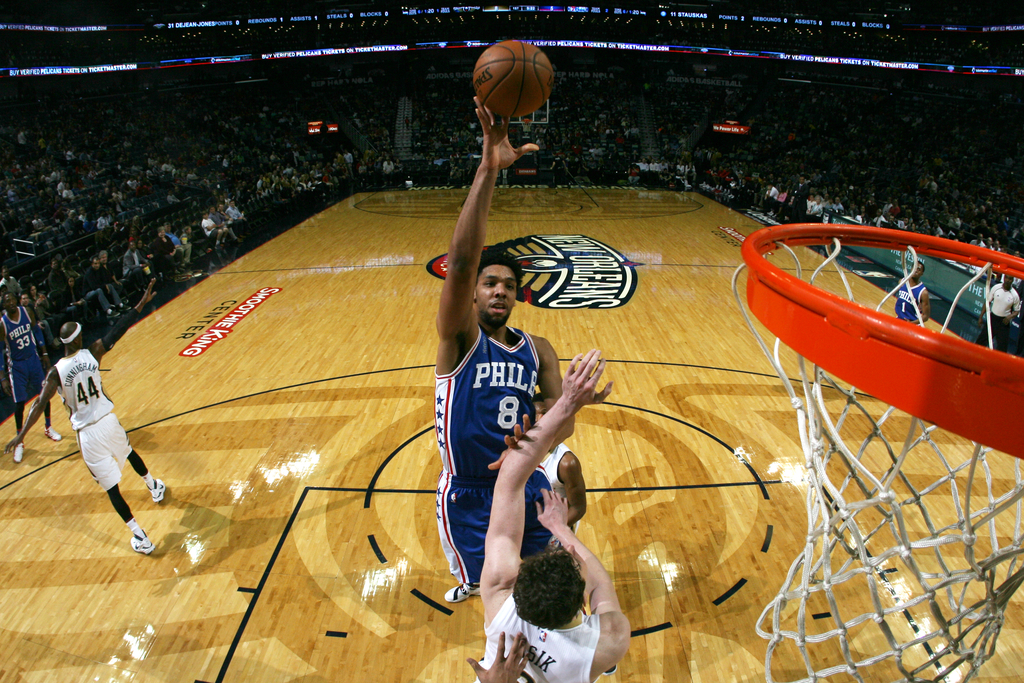 The 21-year-old has fallen out of favor in Philly.

As story states, Pelicans want lottery protection for the 1st rounder that they would give Philly for Jahlil Okafor https://t.co/QO5XrcX1aO

According to two people with knowledge of the situation, the Pelicans are in serious trade talks with the Philadelphia 76ers to acquire second-year big man Jahlil Okafor. The Sixers, who are known to have engaged with eight teams regarding Okafor, are pushing for the Pelicans’ first-round pick in the deal.

With Sixers rookie center Joel Embiid widely considered the breakout star of this NBA season, and third-year forward Nerlens Noel also taking up time in the Philadelphia frontcourt, Okafor has been marginalized this season.

In New Orleans, general manager Dell Demps faces increasing pressure and is well aware that he needs to find more support for his franchise centerpiece in Davis. At 19-32, and with Davis playing at an MVP-caliber level (27.8 points, 12.2 rebounds, 2.3 blocks per game), the Pelicans clearly see Okafor as a worthy option.