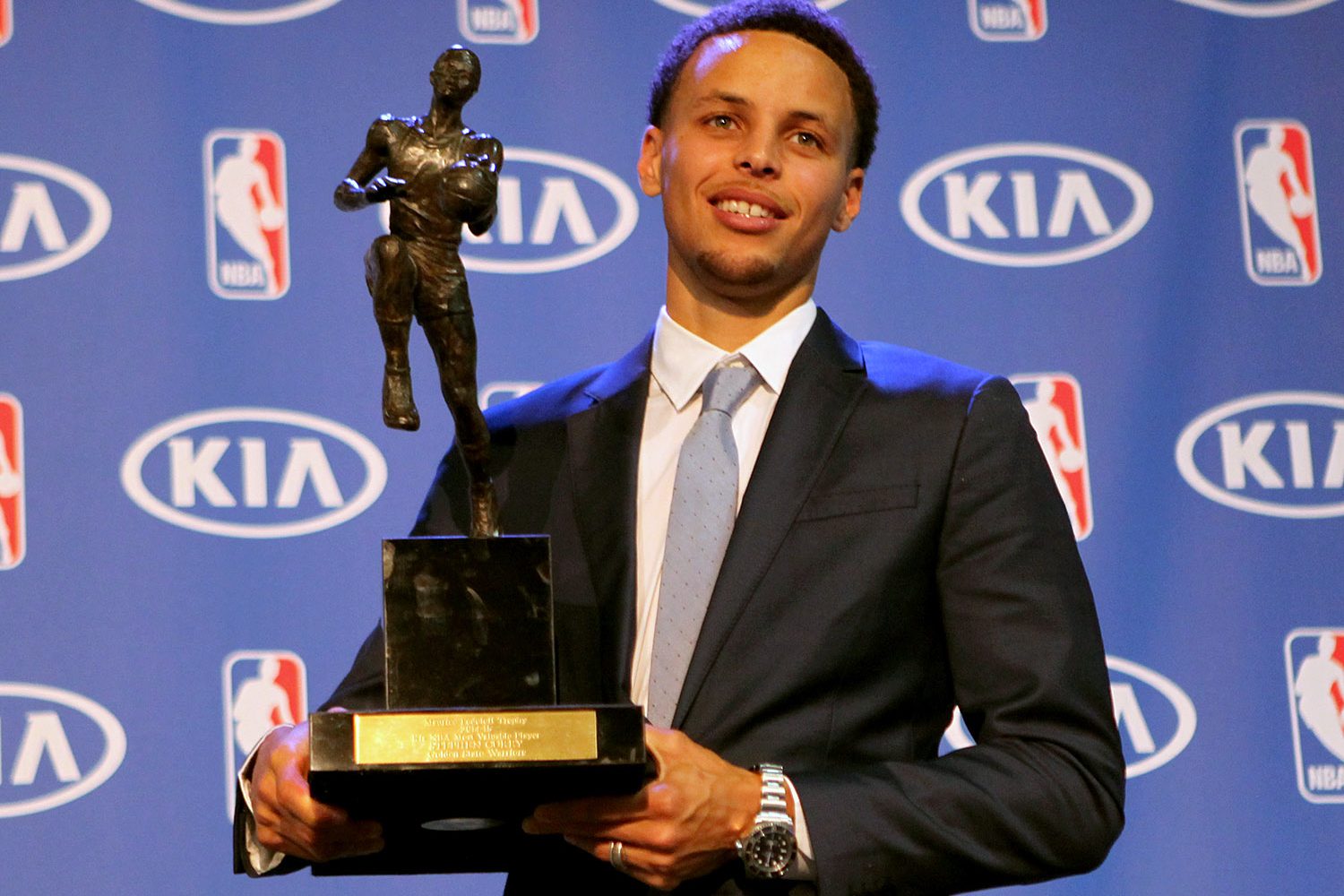 The Golden State Warriors won a record 73 regular season games, have the NBA’s Coach of the Year, and Stephen Curry is once again the Most Valuable Player in the League.

Warriors guard Stephen Curry will this week be named NBA Most Valuable Player for a second successive season, ESPN has learned.

Curry locked up the award basically by the All-Star break; the only mystery is whether or not he’ll be the first unanimous MVP ever.

Curry won his first scoring title this season, becoming the only player in NBA history to average 30 points while playing less than 35 minutes a night:

Curry has been an overwhelming favorite to repeat as league MVP since the Warriors’ record-setting start to the season, when they went 24-0 — surpassing the previous record for best start to a season by nine wins — en route to a 73-9 mark that eclipsed the 1995-96 Chicago Bulls’ 72-10 record as the winningest single season in NBA history.

Curry is bidding to become the first unanimously chosen MVP in NBA history; Shaquille O’Neal and LeBron James fell one vote shy of unanimous selection in 2000 and 2013, respectively.

Curry also shattered his single-season NBA record for made 3-pointers with 402 — his ‎previous record was 286 last season — while joining Steve Nash and his coach, Steve Kerr, as the only players in league history to shoot at least 50 percent from the floor, 45 percent from 3-point range and 90 percent from the line in a single season. […] The 28-year-old will be the 11th player to win back-to-back MVP awards in the NBA’s 70-season existence. James was the last to achieve that feat with the Miami Heat in 2012 and 2013.