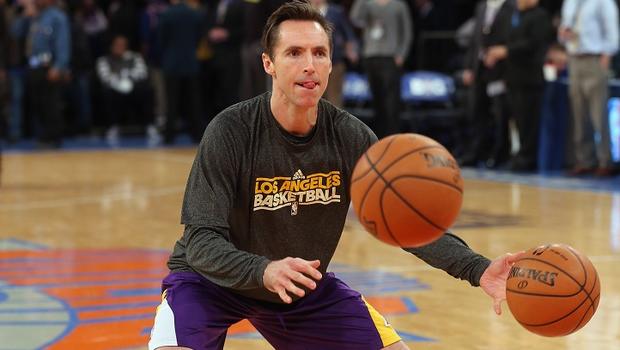 With the 2014-’15 NBA season just around the corner, optimistic reports are emerging about the Los Angeles Lakers’ aging backcourt.

Steve Nash is said to be playing well in pickup games, and on the injury front, the 40-year old point guard is apparently feeling healthy for the first time in a couple of years:

Consistent word from last several weeks has been how good Nash has looked in scrimmages. Really does change dynamic of LAL if he's healthy.

It's fair to be skeptical of Nash at 40 being able to stay healthy. He knows that better than anyone. But good signs are good signs.

The thing that's kept Nash down for 2 years is the nerve issue (result of broken leg). Word is that's the issue that's improved this summer.