Report: Suns Not Interested In Trading Eric Bledsoe to T-Wolves 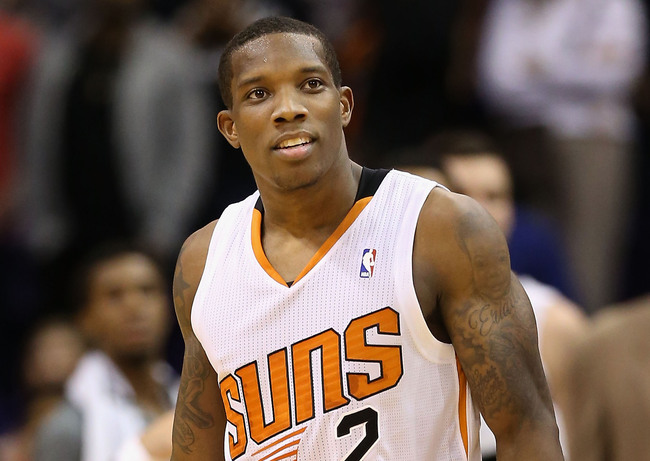 The Suns have no interest in an Eric Bledsoe sign-and-trade deal with the Timberwolves, according to Yahoo. The Wolves were willing to offer Bledsoe a max deal, but only if they could dump undesirable contracts in Phoenix. The Suns reportedly won’t trade Bledsoe unless they receive an All-Star talent in return:

The Suns would want an All-Star – or potential All-Star – in return for Bledsoe and had only considered Kevin Love in a possible sign-and-trade scenario with the Timberwolves, league sources told Yahoo Sports. Minnesota eventually traded Love to the Cleveland Cavaliers.

The Timberwolves are showing a willingness to offer Bledsoe a four-year, $63 million maximum contract in a sign-and-trade, but only if they could dump undesirable contracts onto the Suns, league sources told Yahoo Sports.

Minnesota is $6 million-plus over the salary cap, and has only minimum contracts and a $1.5 million trade exception slot left to acquire players.